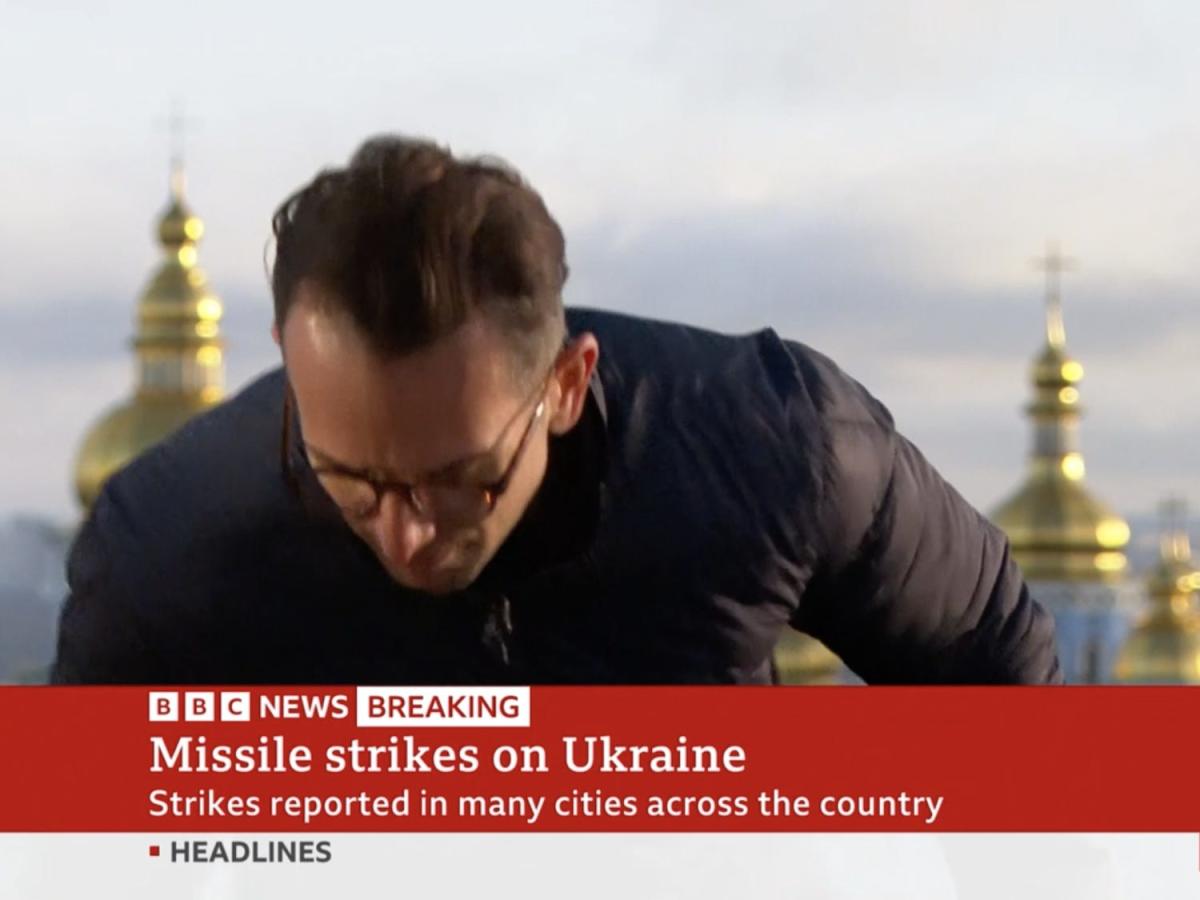 A BBC reporter in Kyiv dodged and ditched his broadcast as Russian missiles hit the Ukrainian capital for the first time since the Russian invasion began.

Hugo Bachega was reporting from Kyiv on Monday when the missiles struck as part of a Russian attack on several Ukrainian towns, many of which are far from the front lines and have long been considered relatively safe.

Kyiv police said at least five people were killed and 12 injured in the city.

Bachega was speaking live about the prospect that Russia could take revenge for an explosion Saturday at the bridge that connects Russia to Crimea, the Ukrainian region it annexed in 2014.

Ukraine did not directly take credit for the attack, a major symbolic blow, but strongly implied that it was responsible.

In the BBC broadcast, explosions started as Bachega spoke, and he turned to look at the city skyline before lowering his head and then walking out of frame.

No missiles or explosions could be seen in the video, which cut out and played to the BBC’s main newsroom. The anchor explains that Bachega was “for obvious reasons, sheltered at that time”.

Russia first tried to take Kyiv when it began its invasion in February. But he failed, instead, and then instead focused his war on eastern Ukraine.

That left Kyiv in a period of relative normalcy until Monday’s deluge of strikes, an apparent retaliation for the Crimean bridge attack.

Russia also hit the cities of Dnipro, Lviv and Zaporizhzhia, among others.

Anton Gerashchenko, adviser to the Ukrainian Minister of Interior, said on Twitter that a children’s playground was hit in Kyiv.

Oleksiy Kuleba, the governor of the wider Kyiv region, said Monday morning on Telegram that the attacks were continuing and people were to stay in shelters.

Oleksii Reznikov, Ukrainian Defense Minister, tweeted Monday morning: “Our courage will never be destroyed by terrorist missiles, even when they hit the heart of our capital.”

“Nor will they shake the resolve of our allies. The only thing they will irreversibly demolish is the future of [Russia] – the future of a globally despised rogue terrorist state.”