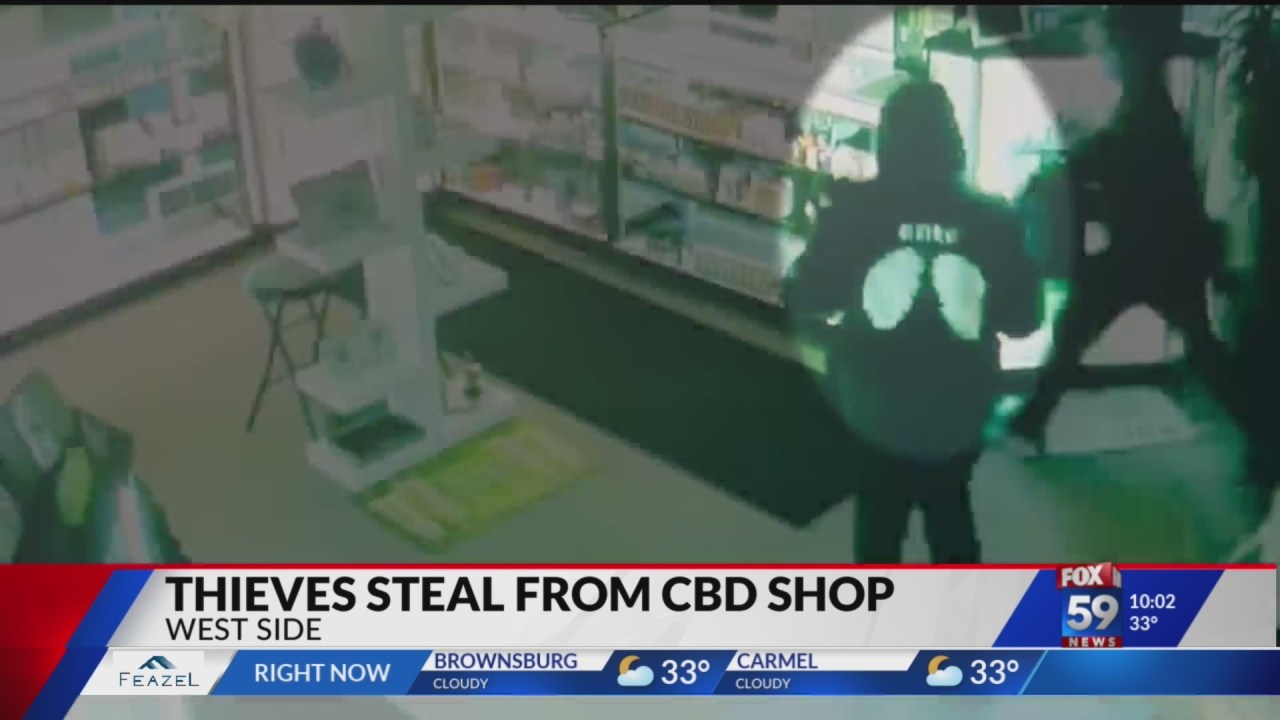 INDIANAPOLIS — A West Side Indy store owner watched live on surveillance video as burglars broke into his CBD store for the second time in weeks. Between the two successes, they earned between $8,000 and $10,000 in total product.

“I watch it. It comes on my phone. I see them stealing everything,” said Tanya Welsh, owner of 5 Star Medicinal Products, “I saw it live. I’m driving, I’m trying to get here, I can’t do anything, I beg them to send the cops, it’s my livelihood, and I watch them living, breaking suitcases for no reason and stealing everything.

There are five burglars in total. Welsh says they stole disposable products like e-cigarettes, smoking wraps and edibles containing Delta 8 THC. She thinks the same team of scammers walked through the door in late February. They smashed it with a shovel. This time, the five crooks spent ten minutes kicking the plywood that reinforced his broken door.

“Insurance will not cover the products because of the type of products they are,” adds Welsh.

She fears that her belongings will be sold to children at nearby Ben Davis High School. Welsh has already gone to school to talk with them.

“I spoke to the chief of police and he told me that they were fighting disposables all day. Students use them and sell them,” Welsh recounts.

In the most recent break-in, one of the five burglars is wearing a sweatshirt with angel wings on the back. There also appears to be a name written in Old English. If you recognize this sweatshirt, please contact the police.

“It is extremely important. It gives our investigators at least something to start with,” Indianapolis Metropolitan Police officer William Young said of the distinctive sweatshirt. “I would encourage people, if you live in that particular neighborhood, or had a business in that neighborhood, maybe you’ve seen people.”

Welsh will soon have its doors and windows reinforced with bars.