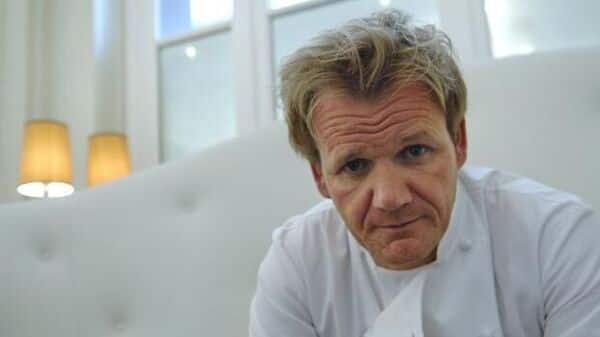 Chef Gordon Ramsay in the soup on TikTok video

Gordon Ramsay has come under fire for sharing a TikTok video which shows him selecting a lamb he claims to want to eat. The Hell’s Kitchen star can be seen climbing inside a pen that houses many lambs in the video, which was uploaded to the platform on July 28, while singing, “Yum yum yum. I will eat you!”

Read also : Gordon Ramsay wants to open a restaurant in India, and the location could be Kerala

“Lamb gravy still hasn’t been found in the making of this video…” Ramsay captioned the video. The post references a notorious clip from a 2006 episode of Hell’s Kitchen in which Ramsey yells at his chefs, “Where’s the lamb gravy?”

The lambs approach him and the British chef asks, “Which goes in the oven first?” “You!” Then, he leaps into the pen, sending the lambs rushing to the bottom.

Many of Ramsay’s followers on TikTok wondered if the video was a rejoinder to an argument with a vegan user who criticized Ramsay for his love of meat.

In response, Ramsay dubbed the video on the app and included a clip of him eating a burger.

The latest video sparked outrage among TikTok viewers. One wrote: “Imagine sleeping, waking up in the middle of the night and hearing this from the corner of your bed.”

Read also : Marco Pierre White: “Chefs are not geniuses or artists, they are only workers”

“Okay, I think Gordon finally lost it. Somebody do something before it’s [sic] late.” wrote another.

Another added: “Okay, I’m not vegan or vegetarian, but that’s way out of line.”

Echoing the sentiment of many commenters, a third said: ‘I’m not vegan but that makes me really sad.’