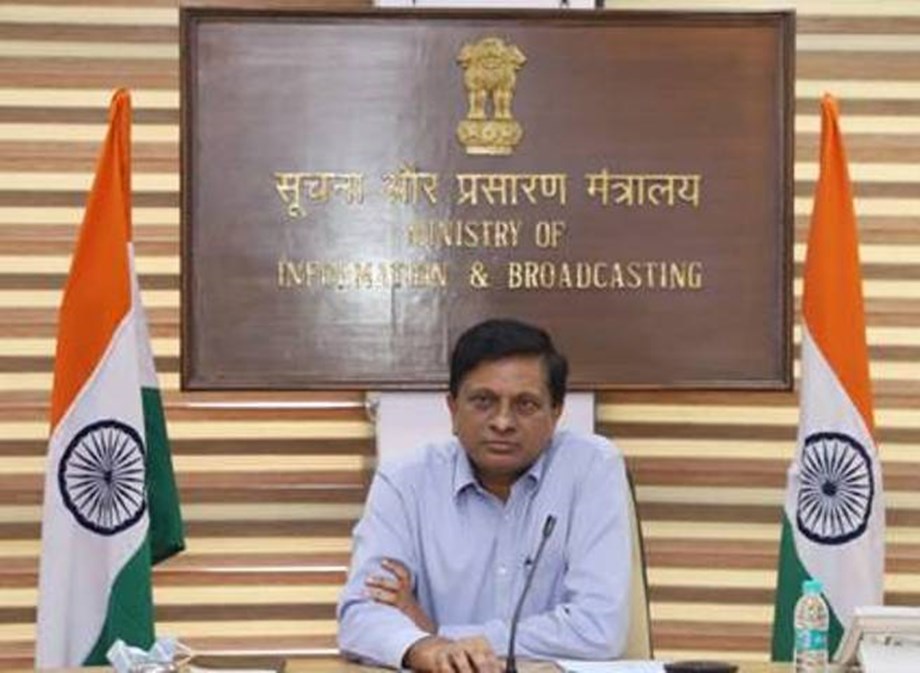 The government announced on Friday that it would deregulate the uplink of satellite TV channels within a month in a bid to make India an uplink hub.

Addressing the Indian Space Congress here, Information and Broadcasting Secretary Apurva Chandra said that out of the 898 TV channels broadcast in the country, 532 use foreign satellites for the uplink and downlink of their services.

“We want to deregulate satellite uplink as per the guidelines so that India can become a hub,” Chandra said.

He said the uplink and downlink guidelines were last published in 2011 and the review process is ongoing.

“The guidelines will be reviewed soon, maybe in a month,” Chandra told reporters later.

He said neighboring countries such as Nepal, Sri Lanka and Bhutan can also use India as a hub for uplinking their TV channels.

Chandra said the government had approved $102 million (one million = 10 lakh) in payments to foreign satellite operators over the past two years to provide uplink and downlink services to TV stations.

Currently, several satellite TV channels are using Singapore as a hub to broadcast their channels and uplink deregulation could help India become a hub.

“Mobile users can view the channels directly. This will ensure efficient spectrum consumption and would also be cost-effective for broadcasters,” he said, adding that direct-to-mobile broadcasting could become a reality in the next two to three years.

Chandra noted that TV viewership has been static at 200 million for the past few years, while mobile usage has been on the rise.

The Secretary for Information and Broadcasting said satellites in low Earth orbit will be essential to expand broadcasting, whether through broadband or data, and that cost-effectiveness will be key to the success of the satellite communications.

(This story has not been edited by the Devdiscourse team and is auto-generated from a syndicated feed.)