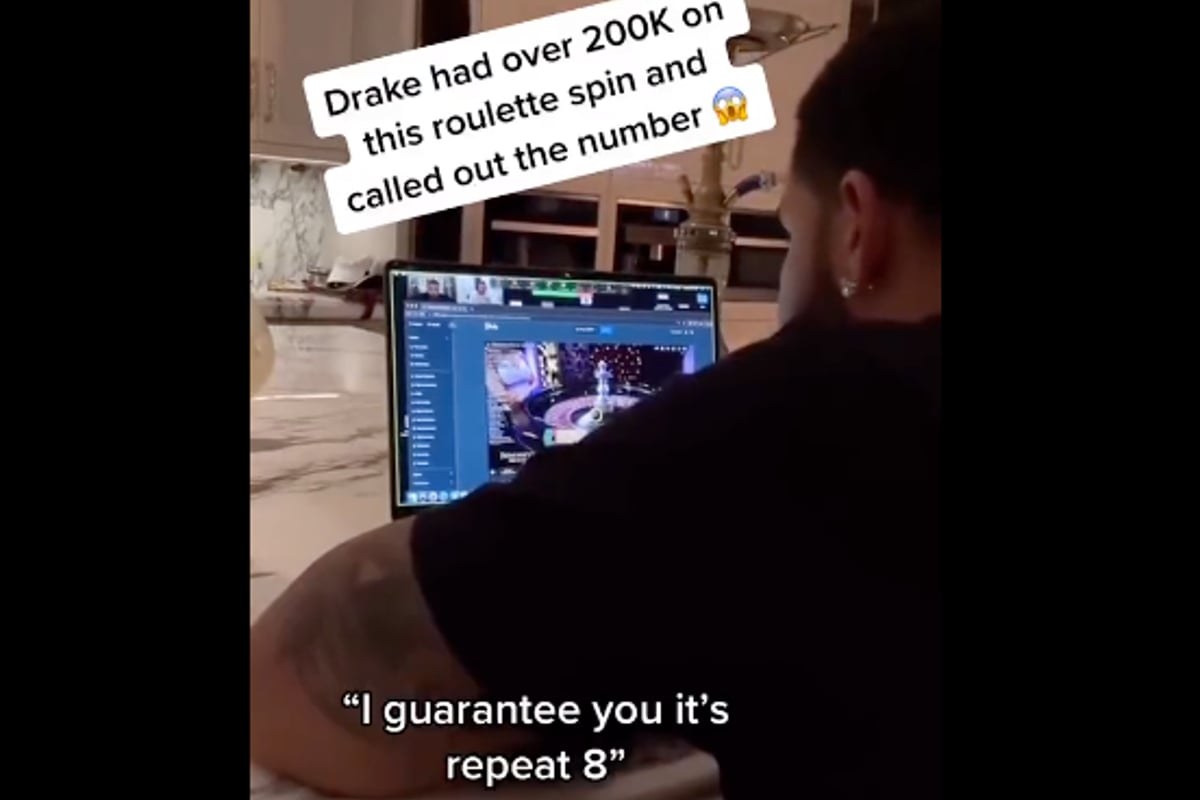 Did Drake actually bet $200,000 per spin in online roulette?

Canadian rapper Drake has a reported net worth approaching a quarter of a billion dollars, so he could definitely afford to bet $200,000 on an online roulette spin. But despite a video making the rounds on social media claiming the 35-year-old Toronto native did just that, there’s more to the story than meets the eye.

Drake posted a story on his Instagram account showing him playing online roulette from his Toronto mansion. After correctly predicting that the ball would end on the number eight, an animated Drake shouts, “That’s it! What did I say? What did I say?!”

The video has since circulated on social media, with someone at one point including text claiming Drake had $200,000 on the spin.

The internet casino Drake played at – Stake – limits its interactive roulette tables, even for heavy VIP players like Drake, to $20,000 per spin.

Ontario is moving forward by becoming the first province in Canada to operate legal iGaming and mobile sports betting. Provincial authorities this week confirmed April 4 as the tentative launch date for these internet gambling operations.

While Ontario is the first province in Canada to allow iGaming to operate within its borders, Canadian law does not criminalize residents who play at online casino sites that are legal overseas in a other country.

Stake is an online bitcoin casino licensed to perform iGaming through Curacao. With that in mind, Drake is not breaking any laws of his home country by playing on the platform.

Some commenters on the video on social media chastised outlets such as Bleacher Report for glamorizing the game. Bleacher Report is a website focused on sports and sports culture. His Instagram account has over 17.8 million followers.

Critics argued that Bleacher Report should not share online gambling videos of celebrities betting on a single spin more than many Americans have in their savings account. Others speculated that Drake was paid by Stake to share it while playing at the online casino.

Drake fans are well aware that the rap mogul likes to frequent casinos. And, of course, his high-stakes bets don’t always go in his favor.

In 2018, Casino.org reported that Drake lost around $200,000 gambling at the Hard Rock Casino in Atlantic City. After a sold-out performance in Philadelphia at the Wells Faro Center, Drake and his entourage made the short trip to Atlantic City to surprise revelers at Hard Rock’s Daer Nightclub where he performed five tracks around 3 a.m. Sunday morning.

Drake’s sleepless night didn’t end there. The rapper then hit the floor of the Hard Rock Casino where he allegedly lost $200,000.

All in one night for Drake.

North Korea fires a missile at sea off the east coast