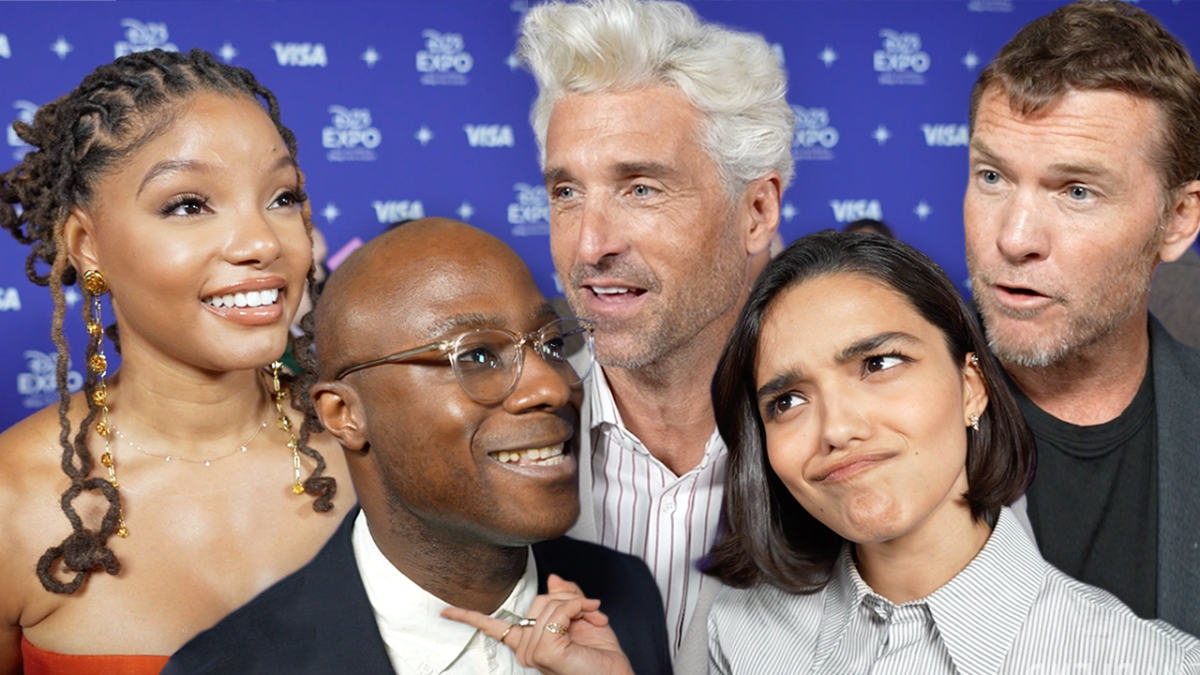 D23 Expo 2022 showed fans what to expect from the upcoming Disney Live Action Slate. CinemaBlend walked the red carpet after the showcase to speak with the stars about these upcoming projects, including Rachel Zegler from “Snow White”, Halle Bailey from “The Little Mermaid”, Patrick Dempsey from “Disenchanted”, Anne Fletcher from ” Hocus Pocus 2,” Barry Jenkins from “Mufasa: The Lion King,” and Sam Worthington, Stephen Lang, and Jon Landau from “Avatar: The Way of Water.” We chat about what they’re excited to share with the world with these projects, to work with Disney and much more!

1:27 Anne Fletcher shares her support for the cast of “Hocus Pocus 2”

2:51 Halley Bailey shares how long the wait for “The Little Mermaid” has been for her

3:16 ‘Mufasa’ director Barry Jenkins on ‘The Lion King’ and why he’s a good fit for the project

5:09 Patrick Dempsey reacts to the return of “Enchanted” 15 years later

5:56 Adam Shankman shares his love for ‘Enchanted’ and highlights how this movie will be different

6:49 Sam Worthington looks back on his time with the “Avatar” franchise

7:15 Stephen Lang shares his love for “Avatar” and his hopes for audiences