Donald Trump launches a cursing tirade against journalists calling them “corrupt and twisted b ***** ds,” and says he is “proud” to have trusted the media at the Turning Point event in March. a-Lago

By James Gordon For Dailymail.com

Former President Donald Trump launched a rant in which he called reporters and media “corrupt, twisted, bastard” as he addressed a crowd of hundreds at an event at his station Mar-a-Lago resort in Palm Beach, Florida.

Trump spoke for more than 15 minutes to a group from Turning Point Action, a conservative organization founded by activist Charlie Kirk, a center-right student organization that claims to have a presence on more than 2,500 campuses.

During his rant, he appeared to brag about his contribution to public distrust of the media.

â€œThe country is in a very important and dangerous place. We have no press. The press is so corrupt, we have no press, â€said the former president to the people gathered at the event.

â€œIf there’s a story about us, the Republicans, they make it a bad story. They make the worst of it, “adding that journalists are” crooked bastards “and” the most dishonest bunch of people. ”

The comments were greeted with laughter from those who had gathered to listen.

Trump went on to boast of having “accumulated press approval ratings” of which he said he was “very proud.” 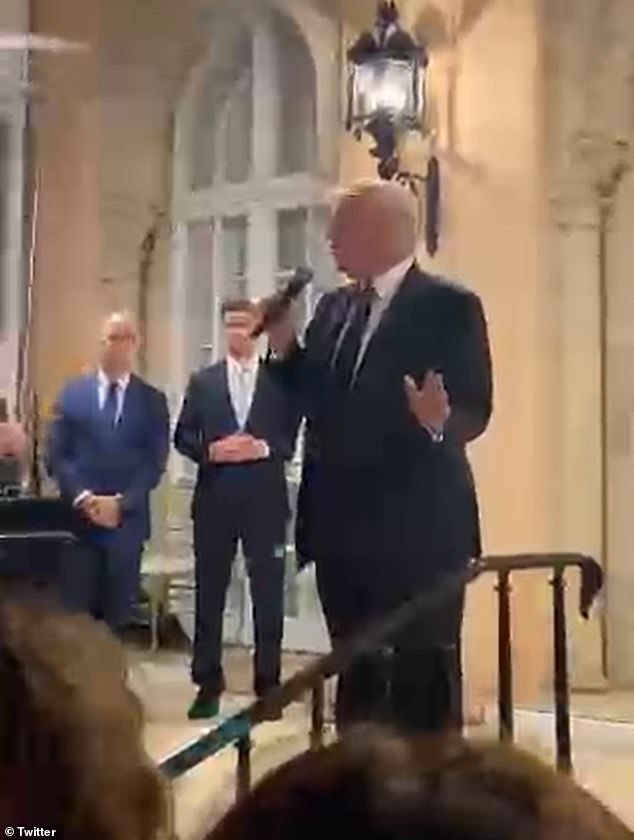 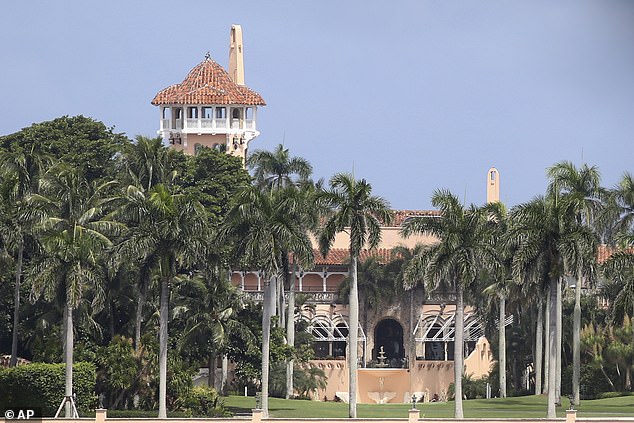 The event was held at the Trump Resort Mar-a-Lago, pictured, in Palm Beach, which it has owned since 1985.

The former president said those approval ratings started dropping from the time he announced he was running in 2015.

â€œAt the moment, they [the press] have a lower approval rating than Congress, â€Trump continued. â€œSo, I am very happy. ”

In his seemingly impromptu speech, Trump warned that the country is moving towards communism “if we don’t get the press back in this country.”

While president, Trump continually attempted to sow mistrust in the media and regularly berated reporters, either in person or on Twitter, calling them “fake news” or “enemies of the people.”

Although Trump said 95% of the American public trusted the press in 2015, a report by Axes suggests that these statistics are not correct

About four in ten Americans had a “fair amount” of trust in the media in a Gallup poll of 1,000 people at the time. 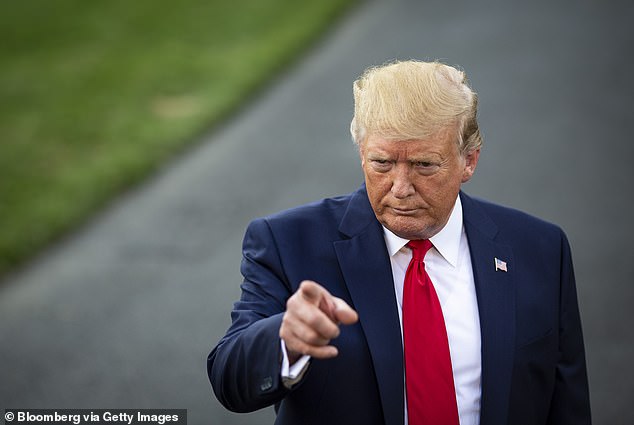 During his presidency, Trump has continually attempted to sow distrust in the media and has regularly berated reporters in person and on Twitter as “fake news” or “enemy of the people.”

Trump also continued to rant over how the election was rigged with “hundreds of millions of mail-in ballots” counted more than once.

Earlier in the clip, Trump could be seen criticizing the United States’ exit strategy from Afghanistan by saying he wanted to take all American equipment home instead of leaving it in the country.

â€œI said, by the time we come out, I want every nut, every bolt, every screwâ€¦ we take it all,â€ Trump said.

He told a story in which General Mark Milley, chairman of the Joint Chiefs of Staff, told him it was cheaper to leave the equipment than to bring it back.

“That’s when I realized he was an idiot!” Trump laughed harshly.

Trump alleged that the United States left behind $ 85 billion in military equipment, although an Associated Press fact check found the figure to be inflated.

While the $ 85 billion figure is what the United States has spent on the development of Afghanistan since 2001, it includes everything from troop training, payroll, and other infrastructure costs. over the two decades of deployment.