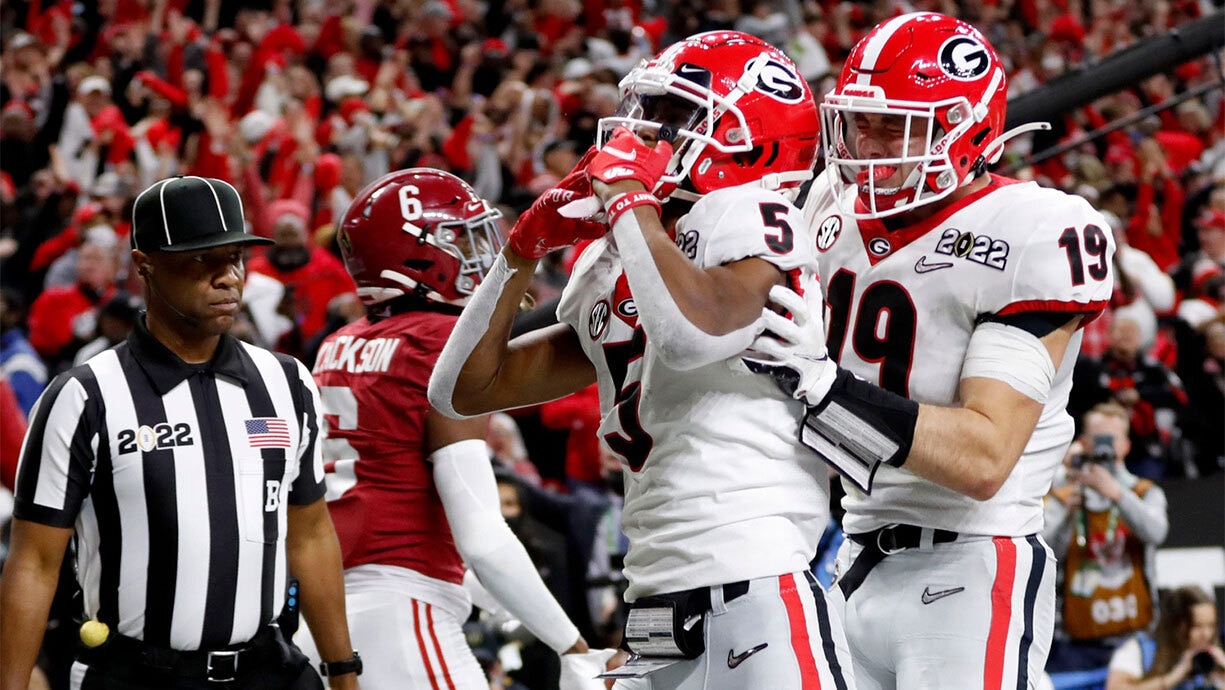 Every dog ​​has its day, it turns out this one is just a little sweeter than most. The Georgia Bulldogs win their first national championship since 1980 by defeating Alabama 33-18.

The first half was a barn burner as both teams struggled to capitalize in the red zone as it finished 9-6 in favor of the Crimson Tide. Each defense did their best to prevent the other’s attack from finding the end zone.

Both defenses continued their dominance in the second half where Georgia had two interceptions, including Kelee Ringo’s pick six to lock up the win, and a blocked field goal. Alabama also got its own turnover on a fumble from Stetson Bennett.

Georgia’s running game woke up in the second half. After just 27 yards in the first, the Bulldogs rebounded for 113 and a touchdown in the second.

Even Bennett hit his stride in the second half, he recorded two touchdowns and finished with 224 yards through the air.

Alabama’s Bryce Young made the most of his offense after losing WR Jameson Williams in the first half to a knee injury. Young had 369 yards, a touchdown and two picks on 35 completions.

From top to bottom, Georgia’s defense looked like a different beast compared to the SEC Championship performance. The Bulldogs continued to pressure Young and rarely missed open-field tackles.

This will be a title to remember after all the heartbreak this program has gone through over the years.