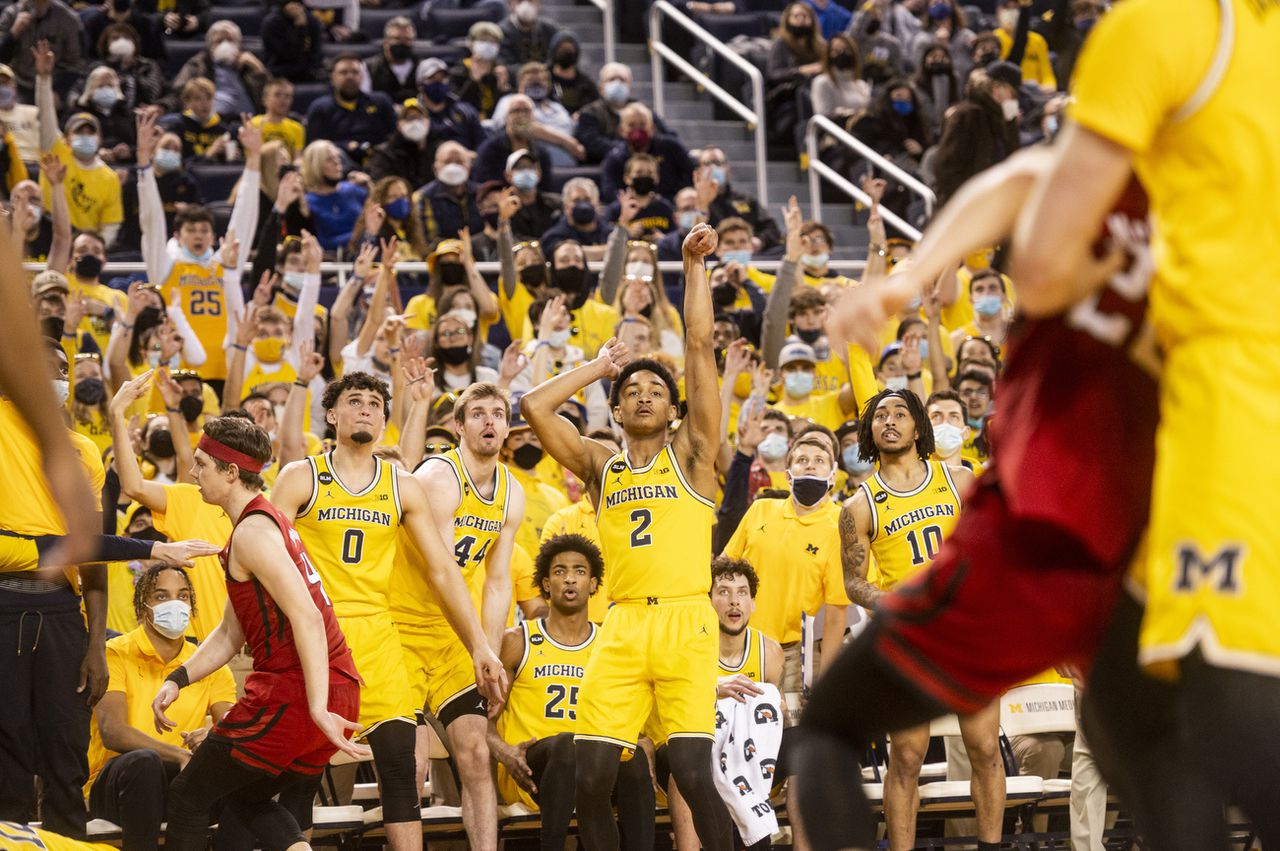 Michigan hosts Illinois on Sunday afternoon. Illinois, with a win, would find itself tied with Purdue for second place in the Big Ten, one game behind Wisconsin. Michigan enters the day needing a win to enter a three-way tie for fifth place.

Michigan will play its second of five games without head coach Juwan Howard, who is serving a suspension. Phil Martelli is the interim head coach.

Illinois is led by junior Kofi Cockburn, a Big Ten Player of the Year favorite who is averaging 21.2 points and 10.8 rebounds per game while shooting 60 percent from the field.

This is Michigan’s second of four straight home games in the streak.

The Michigan women’s team visits Iowa on Sunday, tipping at 4 p.m. ET on ESPN2. If the Wolverines win, they are the Big Ten champions.

Promotions: Postgame Kid’s Club Free Throws (first 100 members to check in at the marketing table will be invited to shoot a free throw after the game)

Michigan basketball looking for outliers in final week of season

For at least one game, Michigan basketball is going well with Phil Martelli in charge