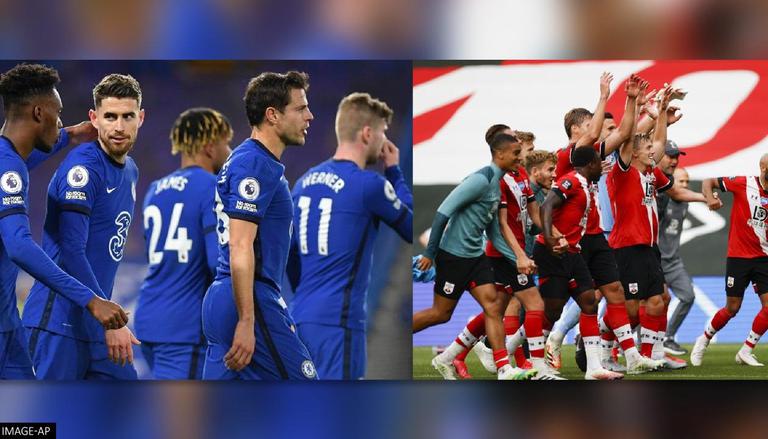 How to watch the EFL Cup Matchday 4 match in India and UK?

In the EFL Cup round of 16, Chelsea face Southampton at Stamford Bridge on Wednesday October 27 at 12:15 am IST (Tuesday October 26 at 7:45 pm BST local UK time). Chelsea enter this game after securing a 7-0 Premier League win over Norwich City thanks to a hat-trick from Mason Mount, an own goal and goals from Callum Hudson-Odoi, Reece James and Ben Chilwell. Southampton, on the other hand, played a 2-2 draw with Burnley in their Premier League game and the Saints are currently in 16th place in the Premier League.

The two sides faced each other earlier in the Premier League this season, a game Chelsea won 3-1 at Stamford Bridge. The Blues will enter the game as favorites but be wary of the threat Southmaption may represent, no team has had more different goalscorers (seven) in the League Cup than the Saints this season.

Chelsea vs Southampton live: how to watch the Carabao Cup in India?

Football fans in India wishing to watch the Carabao Cup match between Chelsea and Southampton can watch the live stream on the Voot Select app and website as well as the Jio TV app. The game will also be broadcast live on Colors Infinity. Fans can also follow live updates on the official social media of the respective teams.

Chelsea vs Southampton live: how to watch EFL Cup clash in UK?

The Chelsea vs Southampton game will not be shown live on TV with Sky Sports showing the Arsenal vs Leeds game live. Fans can, however, follow the Sky Sports website for the live matches blog. Those still interested in how the game unfolds can see the highlights on Sky Sports Football’s YouTube channel shortly after the final whistle.

EFL Cup round of 16 schedule

India’s Reliance in talks to raise $1.6bn for media joint venture as Viacom…