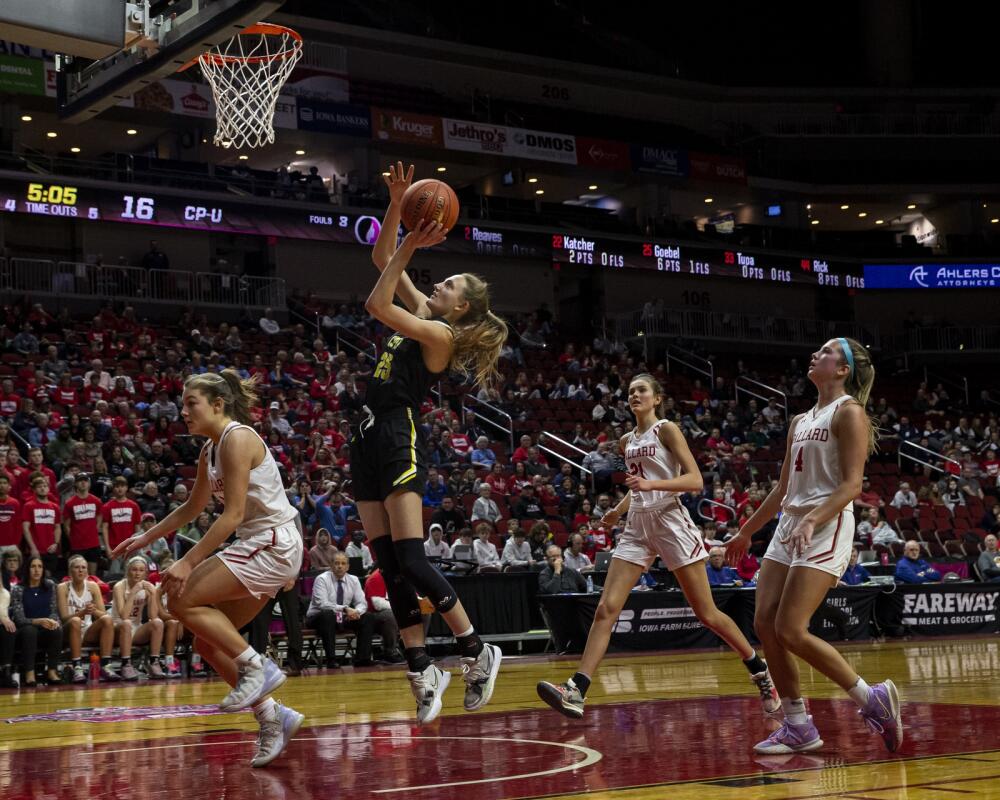 7 other quarter-final matches on the program 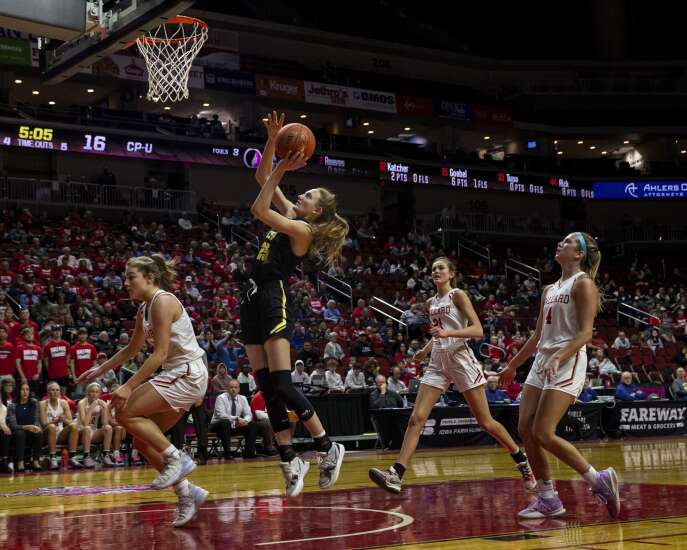 1 Dallas Center-Grimes sizzles in 4A quarterfinal win over Benton

Ballard silences CPU in second half of State 3A quarterfinal

Ballard (22-3) held Center Point-Urbana (21-4) scoreless for 10 minutes in the second half and limited the Stormin’ Pointers to eight points overall in the final 16 minutes to advance.

Nicole Rick scored a season-high 16 points for CPU, which led 21-19 at halftime. Paige Noe scored 11 off the bench for Ballard.

Both Ella Lampe and Emma Miner had three hat-tricks, with Lampe a team-high 15 points. McKenna Kramer led the Bobcats (19-6) with 18 points.

Xavier (18-6) never trailed in a first-round win, but that was never really comfortable either as the Sabers (19-5) stayed there until the end.

Bondurant-Farrar (16-8) cut a 17-point fourth-quarter deficit to five in the closing seconds, but ran out of time.

Glenwood (20-4) also had to rally in this one, trailing 19-13 after the first quarter but coming back strong to take a 35-27 halftime lead. Jenna Hopp and Madison Camden both scored 18 points for the Rams, and Abby Hughes added 17. Katelyn Lappe scored a game-high 19 for Bondurant-Farrar.

Heelan (22-2) started the second half on an 8-0 run to take a 28-16 lead and the Go-Hawks (18-6) went only nine closer from there. Six of those eight points came from Brooklyn Stanley, who finished with a game-high 23 points on 10-for-14 shooting, plus six rebounds and four steals.

Unranked South Central Calhoun (19-6) was within six in the third quarter, but defending champion Dike-New Hartford (23-2) pulled away with a 19-9 fourth quarter to advance.

Payton (16 and 10) and Jadyn (14 and 11) Petersen led the Wolverines with 30 points and 21 rebounds. Ellary Knock and Maryn Bixby both added 12 points each. Riley Batta had 13 points for the Titans.

Payton Beckman scored 20 points to lead Panorama (25-1) to victory in the final game of the day. The Panthers had 10 interceptions and forced 19 turnovers.

Lily Simpson had 10 points for Regina, which finished 20-5.