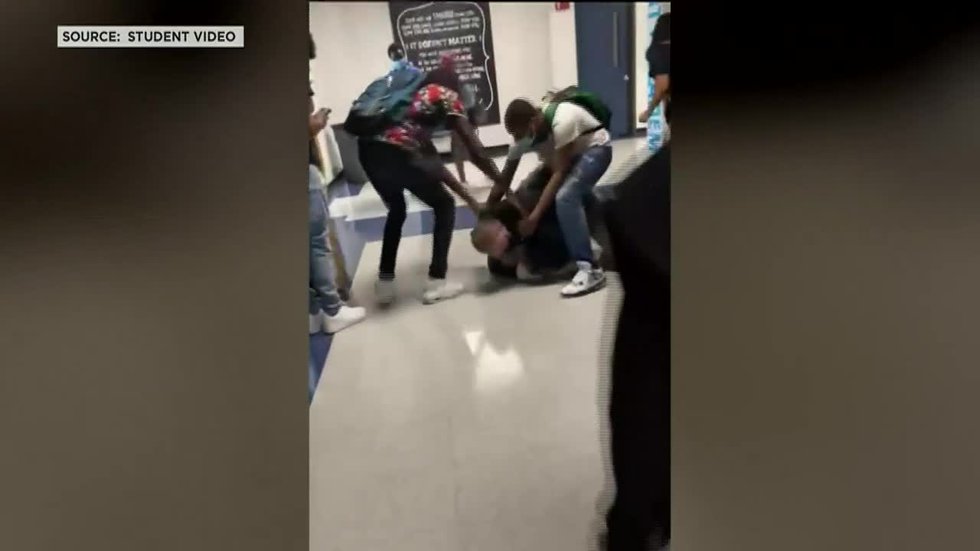 LOUISVILLE, Ky. (WAVE) – A teacher has come under fire after a video surfaced on social media of him involved in a fight with a student.

New documents show that this was not the first time he has used aggressive behavior.

The students demand the dismissal of the Moore High School science teacher.

William Bennett and a student can be seen in the video fighting, with the student on the ground and a fist full of hair in the teacher’s hand.

There was an alleged racist comment that led the student to hit Bennett first.

New documents show Bennett was also struggling in 2000 when he took up his first post as a high school teacher in Hardin County.

Students describe him getting angry, kicking a trash can and telling them they were acting like “a bunch of monkeys.”

These are all things that Bennett himself described in a letter.

Things got out of hand when a student kept laughing and cursed Bennett.

It was then that the students described him grabbing and lifting this student’s desk before pushing him out the door.

A vice-principal writes that he had to repeatedly tell Bennett to let go of the student’s arm and had to push his hand away.

Bennett was accused at one point of grabbing the student by the shirt.

His contract at Hardin County was not renewed.

Bennett argued that the student’s description of his actions is not true.

The district reassigned him pending the outcome of an investigation.