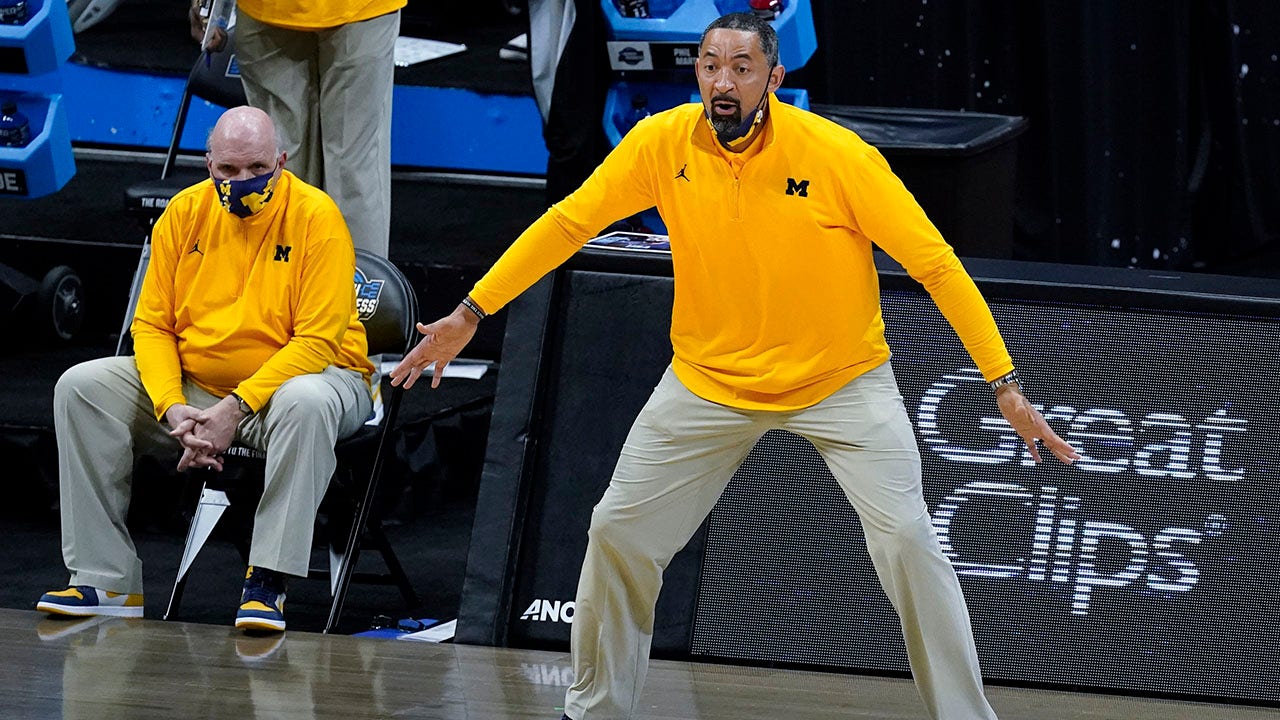 Juwan Howard has returned to coaching Michigan basketball after serving a five-game suspension for hitting a Wisconsin assistant in the head.

Howard met individually with each player on Monday, when the team had no practice.

The Wolverines are on the NCAA Tournament bubble with a 17-13 overall record and an 11-9 record in the Big Ten.

FILE – Michigan head coach Juwan Howard reacts to a play as associate head coach Phil Martelli watches from the bench during the first half of the team’s Elite Eight game against UCLA in of the NCAA Men’s College Basketball Tournament on March 30, 2021 in Indianapolis. Martelli will replace Howard for the remainder of the regular season. Howard was suspended five games and fined $40,000 by the Big Ten Conference after hitting a Wisconsin assistant coach in the head during the handshake line after a loss on Sunday, Feb. 20.
(AP Photo/Darron Cummings, File)

With coach Phil Martelli replacing Howard, Michigan closed out the regular season with a win over former No. 23 Ohio State on the road Sunday.

Howard will be back on the sidelines Thursday in Indianapolis, leading the eighth-seeded Wolverines against ninth-seeded Indiana in the quarterfinals of the conference tournament.