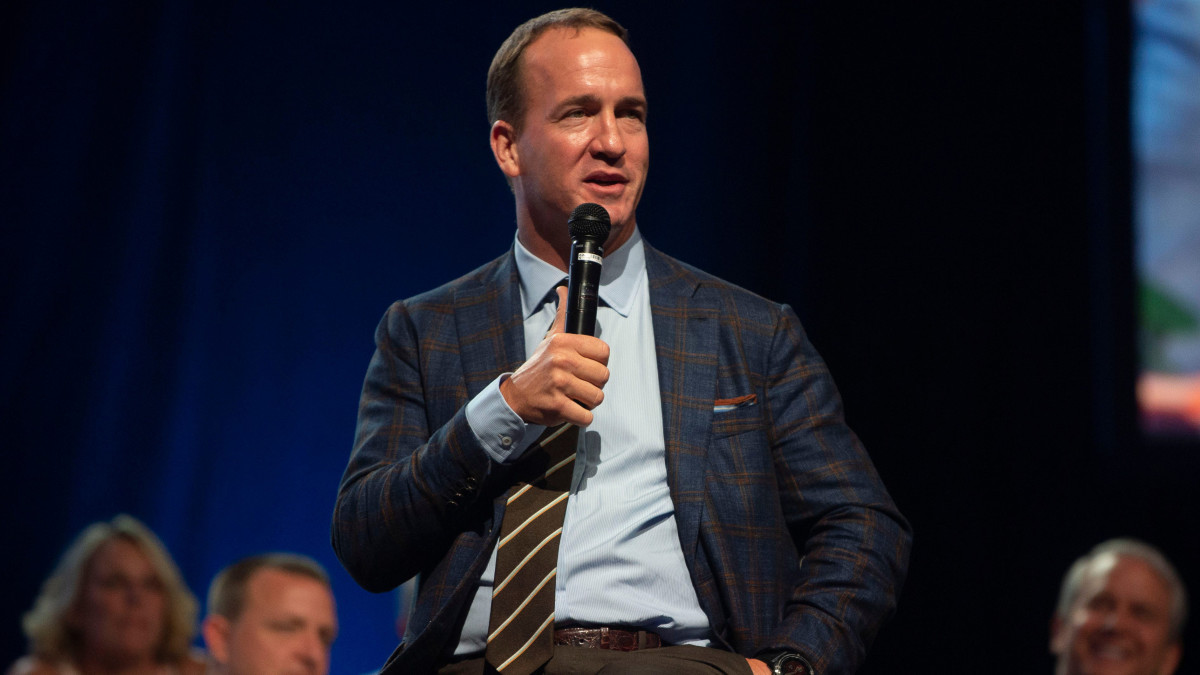 1. It was reported on Monday that ESPN’s replacement Monday night football The telecast featuring Peyton and Eli Manning, which will air on ESPN2 for 10 weeks this season, will not have a host or play-by-play person. The show will only feature the two Mannings with an array of guests.

Sources told me that only two people auditioned with Peyton and Eli: hello footballby ESPN’s Kyle Brandt and Mina Kimes.

The two would have performed very well, but on August 23, Peyton and Eli called the Jaguars-Saints Monday night football game without host as a test. The brothers apparently took him out of the park and convinced ESPN and Peyton’s Omaha Productions that a host wasn’t needed.

While it would have been great to see Brandt react to an angry run in real time, it’s not entirely shocking. The alternative show was always going to be The Peyton Manning Show and a host, no matter who it was and how good they were, could have been in the way.

This has been covered in depth over the past week SI media podcast with James Andrew Miller:

ESPN’s alternative broadcast was intriguing even before the decision to go without a host. Now things are even more interesting.

Also, what will constitute “success” here? Ratings will automatically be increased for ESPN2, as an NFL game will automatically generate higher ratings than anything ESPN2 would have broadcast in that time slot, even if it is another TV show.

The key will be the week-to-week growth for the show.

Will fans tune in to the Peyton and Eli show after Week 1, when the curiosity factor wears off? Will fans even remember that there is an alternate TV show after the novelty ends?

You can be sure Twitter will go wild for the Peyton and Eli broadcast, but Twitter isn’t the real world. Will Offline America be so in love with the brothers’ presentation of the game that they’ll tune into a non-traditional TV show?

Quality won’t seem to be as much of an issue as getting people to change their viewing habits. From everything I’ve heard, Peyton was turned off during practice matches / auditions and he was made for this format.

2. I didn’t find it at all shocking that Bill Belichick cut Cam Newton and go with rookie Mac Jones as a starting quarterback, but apparently everyone did. Here are some funny tweets about the big move Belichick made on Tuesday.

3. The college football season kicked off on Saturday. This means the return of the best weekly segment in all of sports television: Scott Van Pelt’s Bad Beats. Enjoy.

4. The Blue Jays gave us one of the most visually satisfying pieces you’ve ever seen on Monday night.

Speaking of the Blue Jays, we love this home run celebration.

5. Last week, Traina Thoughts told you about the Milk Crate Challenge and how it was so dangerous that TikTok was banning videos. On Monday, just before the start of the season, Steelers winger JuJu Smith Schuster rose to the challenge, but no damage was done.

The first is Nate Burleson, who left the NFL network hello football co-host CBS this morning. Burleson explains what prompted his decision to change careers, why the change wasn’t an automatic “yes”, and why he enjoyed working at CBS News. The former NFL wide receiver also talks about the reaction to the NFL playoff game which he called his favorite Nickelodeon last year. hello football memory and the hardest work he’s ever had. He also gives us a great imitation of Jay-Z.

After Burleson, writer, author and journalist James Andrew Miller joined the podcast. Miller shares his thoughts on ESPN’s alternative Monday night football aired with Peyton and Eli Manning, Stephen A. Smith allegedly had Max Kellerman removed from First take, the Soprano prequel movie, the next season of Calm your enthusiasm and much more.

The podcast ends with the weekly “Traina Thoughts” segment. This week Jimmy and Sal Licata of WFAN and SNY discuss the possibility of doing a sports talk show with someone you don’t like, Hard knocks, Slam summer, CM Punk’s return to wrestling and more.

You can listen to the podcast below or download it on Apple, Spotify, and Stitcher.

You can also watch the SI media podcast on Youtube.

7. RANDOM VIDEO OF THE DAY: With the end of August we are getting closer and closer to the October premiere of Calm your enthusiasm. So we need Larry David today.

Make sure you catch up on previous editions of Traina Thoughts and consult the Sports Illustrated Media Podcast hosted by Jimmy Traina the Apple, Spotify Where Stapler. You can also follow Jimmy on Twitter and Instagram.