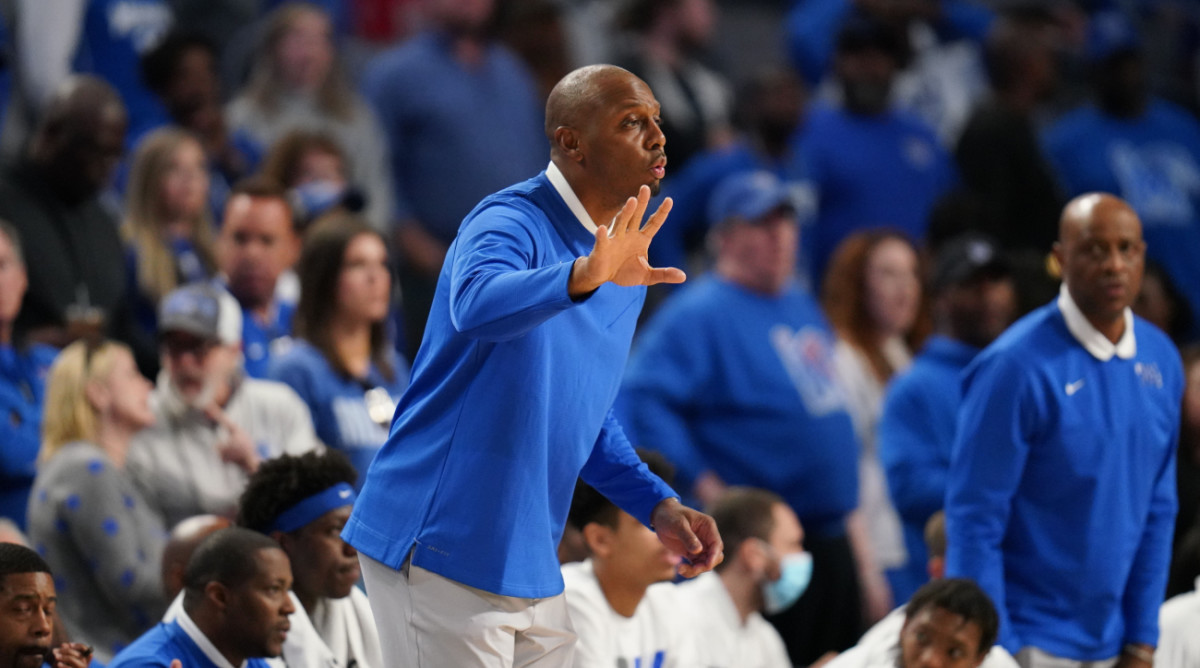 Game No. 8 vs. No. 9 in the West Region of this year’s NCAA Men’s Tournament features a fun battle between Mountain West champion Boise State and AAC runner-up Memphis.

How to watch the first-round game between No. 8 Boise State and No. 9 Memphis:

The Broncos and Tigers open Thursday’s games in Portland, ahead of Gonzaga-Georgia State, Saint Mary’s vs. Wyoming or Indiana, and UCLA-Akron.

Boise State rebounded from a turbulent November, in which it lost four of its first seven games, to finish 27–7 with a 15–3 record in Mountain West play. The program eliminated Nevada, Wyoming and San Diego State on consecutive days to win the conference title.

Memphis didn’t start the season well, dropping games to lowly Georgia and Ole Miss in non-conference games, and Tulane, UCF, ECU and SMU at the start of the AAC schedule. Penny Hardaway’s team found their way in late January and had 10 wins in their last 11 conference games, and beat UCF and SMU in the AAC tournament before falling to Houston in the conference title game.

The winner of Thursday’s game will face the winner of No. 1 Gonzaga and No. 16 Georgia State.