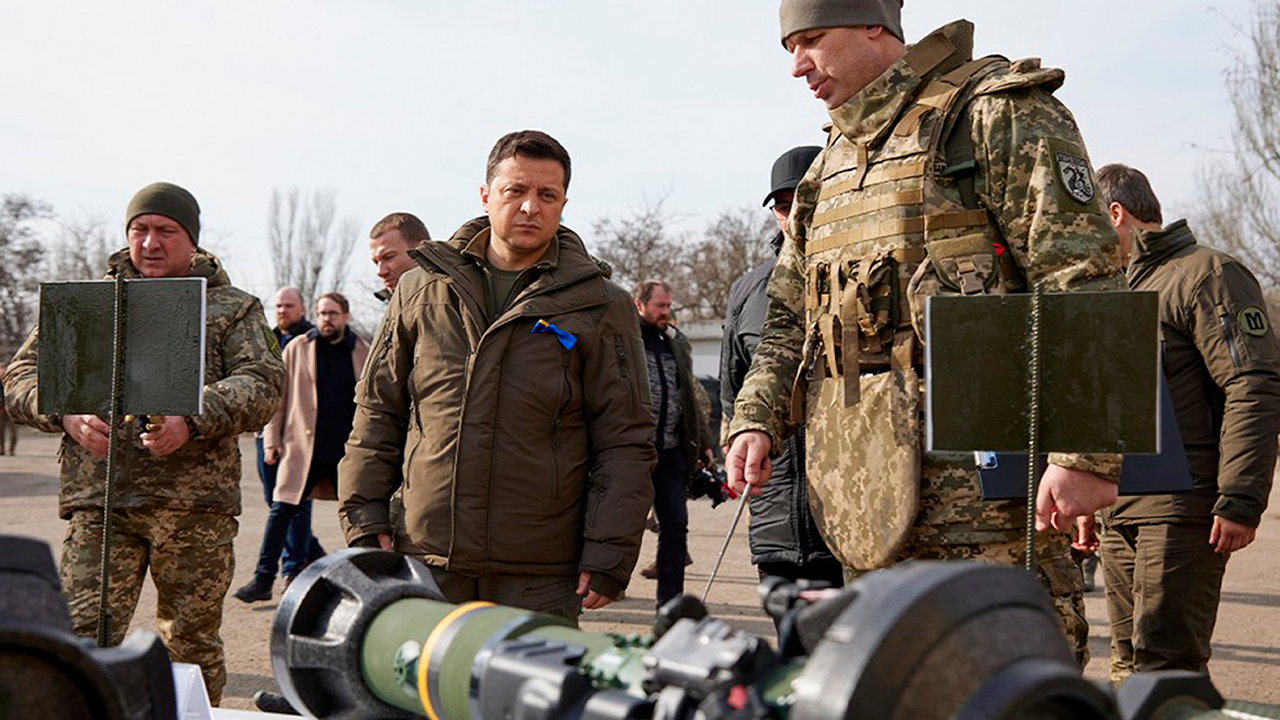 MOSCOW – As one Russian put it, “with all this megaphone diplomacy,” the average man has little say in the direction of the tense situation between Russia and Ukraine.

This slow march towards – or away from – war is being played out so publicly that armchair quarterbacks are already keeping track of who wins and who loses.

And it’s an information war. Some speak of a propaganda war.

US Secretary of State Antony Blinken has warned that Russia could create a pretext to attack Ukraine by fabricating a terrorist attack on Russian soil or that Russia could stage a fake – or even real – chemical weapons attack.

“We are laying it out in great detail with the hope that by sharing what we know with the world,” he told the United Nations yesterday. “We can influence Russia to abandon the path of war and choose a different path. While there is still time. Now I am aware that some have questioned our information, recalling previous cases where the intelligence ultimately did not confirm. But let’s be clear. I am here today, not to start a war, but to prevent it.

KYIV MAYOR ARGUES WITH US, GERMANY OVER RUSSIAN INVASION THREAT: ‘WE CAN’T DEFEND OUR COUNTRY’

The case of the late Secretary of State Colin Powell for the Iraq War, involving the prospect that Iraq was hiding weapons of mass destruction, is often cited here; The fact that Russia has long denied sending troops to Ukraine in 2014 is not.

It is perhaps unsurprising then that, despite the fact that Russia has repeatedly stated that it has no intention of attacking Ukraine, the Russians are afraid that there is a war with their neighbors, according to Denis Volkov of the Levada Center, a respected pollster.

“According to our data, many Russians are worried about the war,” Volkov said. “We see that the fear of war is quite high. It’s more than 50% who have this fear.”

And they blame the unrest on the West, he added.

“According to our data, the bulk of the population blamed the United States,” Volkov explained. “They say that the United States government is pushing the Ukrainian government which is preparing something against the republics of Lugansk and Donetsk and in this situation Russia should intervene and defend these republics.”

The line the Russians believe here is that their people who live in Ukraine are threatened by a nationalist regime.

According to Vladimir Pozner, a former Soviet propagandist turned bridge-builder during the “glasnost” era, the Russian people are actually very keen on Ukraine not joining NATO. He has his own show on the Russian channel Channel 1 and discusses these topics at length with policy makers and others.

Asked if the Russians really believe NATO or Ukraine are about to attack Russia, Pozner seems to acknowledge that NATO is seen as a defensive organization, but points to post-war military missions. Cold War in which NATO participated around the world as proof that the term “defensive organization” is perceived differently in this part of the world.

Pozner teamed up with talk show host Phil Donahue on US-Soviet Space Bridges programs aired in the final years of the Cold War to try to open minds on either side – then the Berlin Wall came down . There was hope in some quarters that the United States might even become friends, but it didn’t turn out that way.

“I have to tell you, frankly, that I put the blame in this particular case on the doorstep of the United States,” said Pozner, who is both Russian and American.

“There were two possibilities: when the United States had to make a decision about this new country called Russia, which did not exist before because it was a Soviet Union, and they could have adopted some kind of plan Marshall to really help the country move forward democratically,” Pozner argued. “And there are others who said they’ve been threatening us for 40 years and they should pay for it. They lost the cold war and they should pay for it. And ultimately, that’s the view that was ultimately adopted.”

Pozner remains hopeful that Russia and America can overcome this – one way or another – and become allies.

“Well, I’ve always had that hope precisely because of my background, maybe in that sense I’m very romantic or idealistic, but I would answer that question with a yes, even though I don’t have a big – something to lean on when I say that,” Pozner said.

Some feel that Russian President Vladimir Putin’s stance towards the West may be based on resentment at having been kept out of the “club” during NATO enlargement and the European Union, but that club may not have been big enough for two great powers. Putin seems to be building his own club, the members of which are yet to be established.