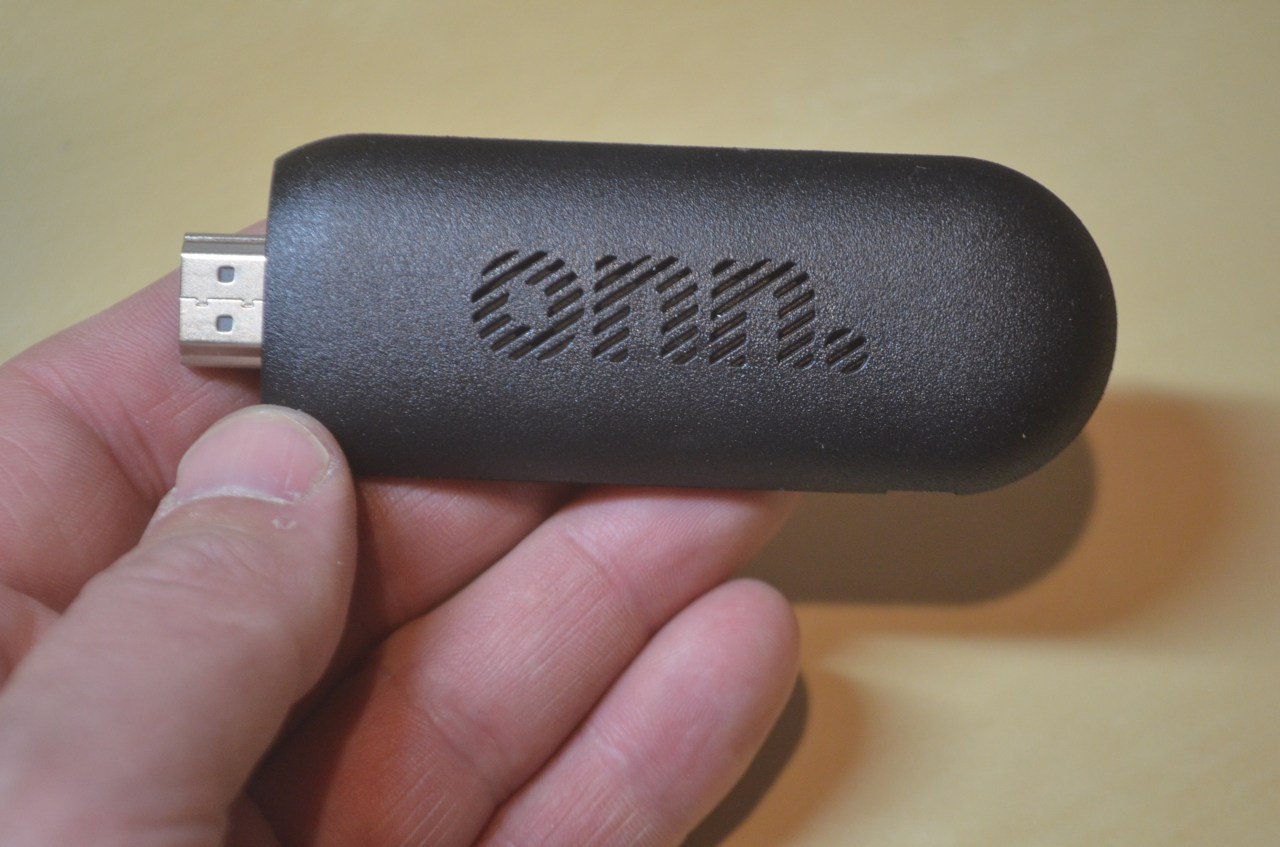 What Can $ 25 Really Get You These Days? Not a lot! The promise of a decent Android streaming stick for such a small price seems impossible. I took the new Onn. FHD streaming device for a test at home.

The Onn. stick looks like most stream sticks from other companies like Roku or Amazon, it has the appearance of an oversized USB drive with an HDMI jack protruding from one end. There is a micro-USB port on the side for additional power and a small hole to do a hard reset with a pin. There are tiny slits on the Onn. logo and on the back, I guess it helps with airflow and cooling issues. They also give it a cool look.

The included white remote control is a 100% standard Android TV remote control. In fact, it’s identical to Google’s benchmark design. This is a good thing! Google basically said, “This is what an Android TV remote should look like,” and Onn. went with. It has the standard navigation buttons, a Google Assistance voice search button, shortcut buttons to Youtube, Netflix, Disney + and HBOmax as well as buttons to control the power and volume of your TV. I also like the added bookmark and settings buttons.

My only complaint about the hardware is that the stick itself is a bit big. If you have multiple HDMI devices and your TV keeps these ports fairly close to each other, you may be having issues. I tested it on an HDMI switch and had to remove the HDMI device next to it for it to fit. It’s not a big deal for most people if you only use one HDMI device, but something to know.

Biggest complaints I’ve read about the Onn. streaming stick relate to the installation process. I expected it to be a pain point, but honestly for me it wasn’t. I’ll admit that the 600MB + update that was required when you first powered on the drive definitely took a while to download and install. It didn’t bother me, I prefer my device to be up to date. I used my Android phone to configure the Onn. stick and I had everything up and running in about 15 minutes.

If you’ve used Android TV before, you probably know what to expect from the Onn. FHD streaming stick. It runs a standard Android TV experience, which means Wal-Mart hasn’t changed much from what Google offers. Personally, this is what I prefer. You have access to most apps from the Google app store, you will feel right at home with the Android home screen suggesting shows and movies. If you’ve never used an Android TV device before, this is about as self-explanatory as it gets.

not the best, not the worst

I want to be clear here, you are paying $ 25 for this streaming stick! Keep your expectations realistic. The interface can be standard Android TV, but if they don’t give it enough power, it can quickly turn into a bad experience. Fortunately, the FHD stick seems pretty powerful. It’s not the fastest Android TV stick I’ve ever used, but it’s definitely not the worst. The menus seemed smooth, the apps loaded quickly and most importantly, the streaming to apps like Netflix and Disney + was excellent. Are you looking for a powerful Android device? Look elsewhere. Looking for something that is inexpensive but works well, this is a good option.

This is important, Onn. FDH streaming stick does NOT support 4k. Wah wah. Wal-Mart offers a small streaming box for just $ 5 more that offers 4k. The real question is, does it matter? If you are using a 4k TV, yes I think you should find a 4k box. Why not, no? The point is, most people who are going to buy this stick are probably using it with an older TV that doesn’t have built-in streaming or has an outdated system. If so, this is a perfect, affordable stick. You have an older TV that you want to throw in the garage but need to add some ‘smart’ to it, this is the PERFECT stick for that. Need an updated smartTV system for an old 32 ″ for the children’s playroom? Again, this is PERFECT!

For $ 25, you’ll be hard pressed to find an Android TV streaming stick as good as the Onn. FHD streaming stick. Sure, it’s not a powerhouse, but it packs a lot of power for anyone who needs to add streaming to an existing 720p or 1080p TV. If you want something with more umph and are willing to spend more, I would go with the Chromecast with Google TV (double the price at $ 50) or my favorite high-powered Android TV box, the Nvidia Shield.