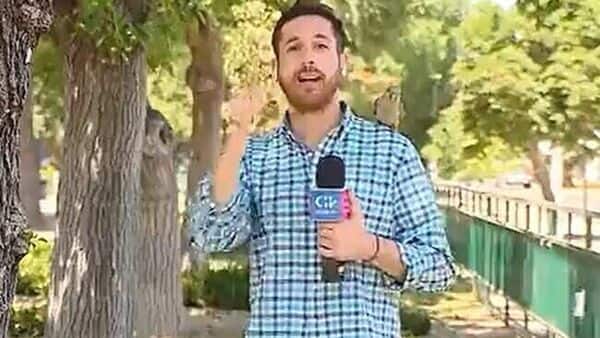 In another fun and funny incident, a parrot stole a reporter’s earpiece while he was live. A parrot sat on a TV reporter’s shoulder during a live broadcast about crime and insecurity before running off with his headset.

A parrot flew towards the shoulder of journalist Nicolas Krumm and snatched his earpiece as he spoke live of the upsurge in robberies.

The funny thing happened on camera, and it shows Nicolas Krumm was broadcasting live about flights and security in Santiago de Chile when he received a surprise visitor.

When the footage was taken, the parrot was perched on the reporter’s shoulder, and the reporter immediately began waving at the cameraman. The bird quickly and abruptly took two steps to his right and removed the earpiece.

The video is getting a lot of praise online, and it might just be one of the funniest things to ever happen live on television. Although it is in Spanish, the video is widely shared on all major social media platforms around the world.

The next time you see a parrot, be on your guard!!

What channel, what time is the NFL game tonight? TV, Kickoff, Live Stream for Titans vs Chiefs