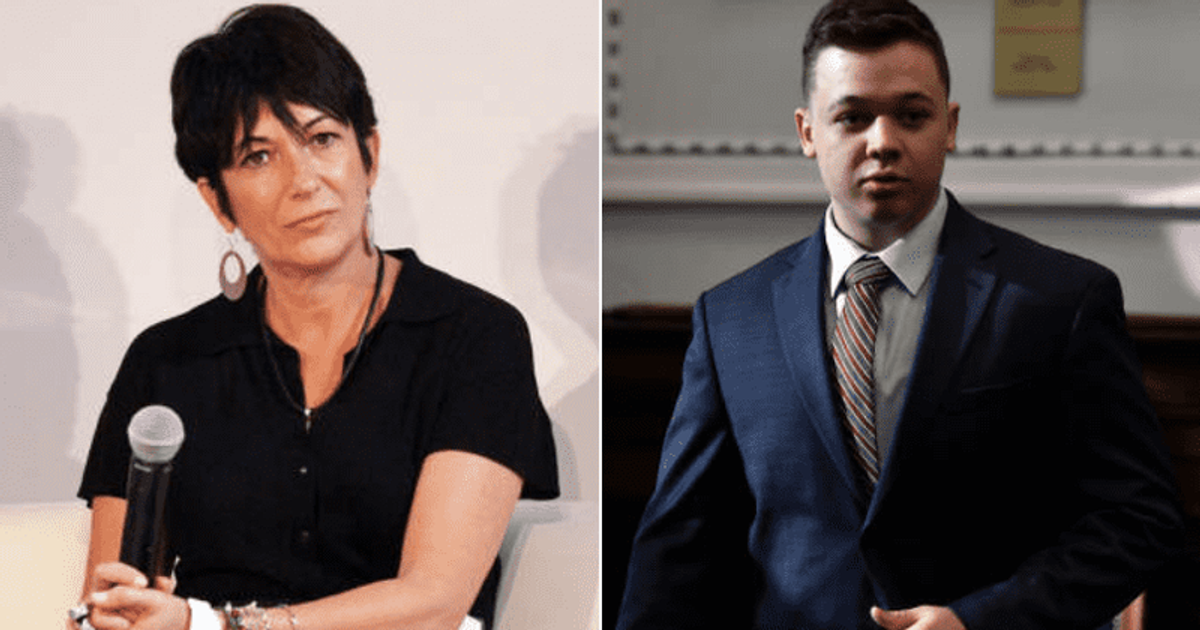 The whole country watched Kyle Rittenhouse cry on national television and Judge Bruce Schroeder arguing with District Attorney Thomas Binger. We were able to see the trial in real time, as it happened, which will not happen in the case of Ghislaine Maxwell. Jeffery Epstein’s socialite and longtime girlfriend will face trial in Manhattan Federal Court starting Nov. 29 on a slew of sex trafficking charges.

Despite repeated attempts, Maxwell has been denied bail and has been behind bars since July 2020. Since then, many stories have emerged from the prison, including alleged death threats against her and physical abuse by a Guardian. In the midst of it all, she is now preparing for intimate details of her life to be revealed in public, through the trial. But, we will not be able to see or hear these details in real time.

Why does Ghislaine Maxwell have the BLACK EYE? First photo of Jeffrey Epstein’s ex since arrest shows graying hair

Unlike the Rittenhouse trial, Maxwell’s case will not be broadcast live on television. If you want to know what happened, you will have to wait for the official release of the recordings. Are you wondering why this is the case? This is because federal courts have traditionally not allowed the broadcast of proceedings in real time, due to historical precedents.

Why Maxwell’s case won’t be televised

Rules on trial coverage vary widely from state to state. Some state courts allow full broadcast coverage, while others only do so with the consent of both parties. In the case of federal courts, broadcasting policy is controlled by the United States Judicial Conference. The body has so far refused to change its stance, despite a rapid change in technology in recent years. A blanket ban arose out of the Estes v. Texas in 1965 before the United States Supreme Court overturned its position in 1981, but the conference did not change its position.

Arguments against the broadcast include that it is a distraction for jurors and other trial participants, and may even adversely affect the outcome of the trial. In 1991, the conference experimented with authorizing cameras for federal court cases, but this was never renewed. As of February 2021, the conference is also experimenting with a live audio stream, involving 15 courts. The Federal Court in Manhattan, in the Southern District of New York, is not part of the pilot project. So Maxwell’s case won’t be broadcast in audio either.

Right now, most states leave it up to judges to decide whether they want cameras in the room, but this only applies to state courts. Since Rittenhouse was tried in state court, his case has been allowed to be broadcast live. But given that Maxwell is on trial in federal court, his case won’t. This is a position that is very unlikely to change, given that Maxwell’s case is a criminal case. Some civil cases have been broadcast live from a federal court, but only a small number.

The future of federal courts

In the past, there have been numerous attempts to allow federal court proceedings to be broadcast, such as the experience of 1991, but more often than not activists have failed to get federal courts to change their position. . The Congressional Research Service highlighted the challenges in a 2019 report, concluding that it should be left to the judiciary to decide the fate of cameras in court.

Nonetheless, Congress has also attempted to allow for a more transparent justice system, through bills such as the Courtroom Cameras Act, the Courtroom Sunshine Act, and the Courtroom Sun Act. on the eyes on the yard. So far none of these bills have been passed, so it looks like federal court cases will remain out of public view for now.