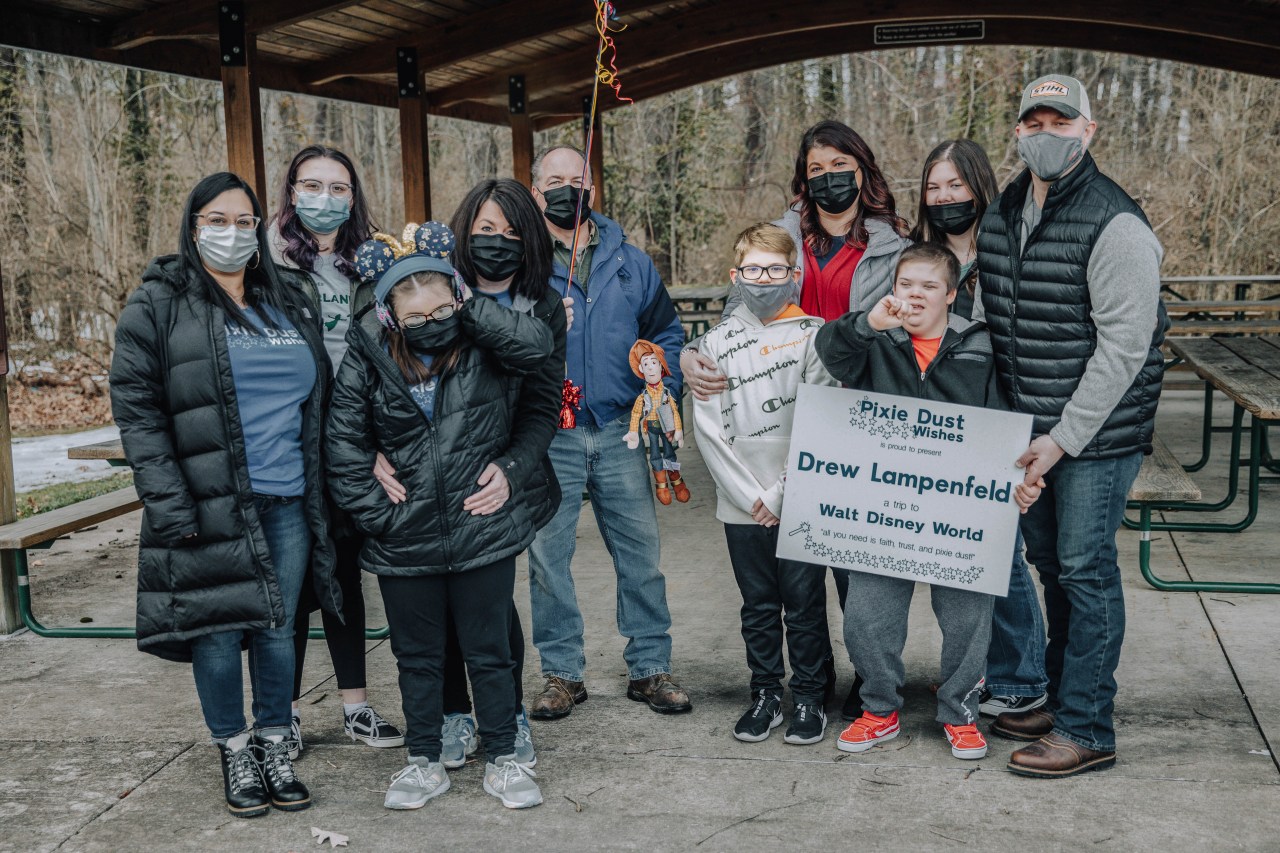 CAMBRIA COUNTY, Pa. (WTAJ) — A local organization will grant a 12-year-old child a wish by sending him to Disney World this year.

Pixie Dust Wishes has named Cambria County’s Drew Lampenfeld as its newest wish recipient. The community and supporters had the chance to join Drew’s celebration by watching a live video on Facebook.

Drew’s family and the Pixie Dust Wishes organization gathered at Tudek Park on February 12. Drew’s mom and dad along with his siblings were there to see Drew’s wish come true.

“Drew was thrilled when it was announced and he found out he was going to Disney World,” Jaimie Miller, executive director and president of Pixie Dust Wishes, said in a statement. “His reaction is priceless.”

Pixie Dust Wishes is a local non-profit organization that grants wishes to people with disabilities in Central and surrounding counties to go to Disney World. It was the 18 wish granted by the organization since its creation in 2017.

Register for the WTAJ newsletter for the latest local news, weather and community events that matter to you.