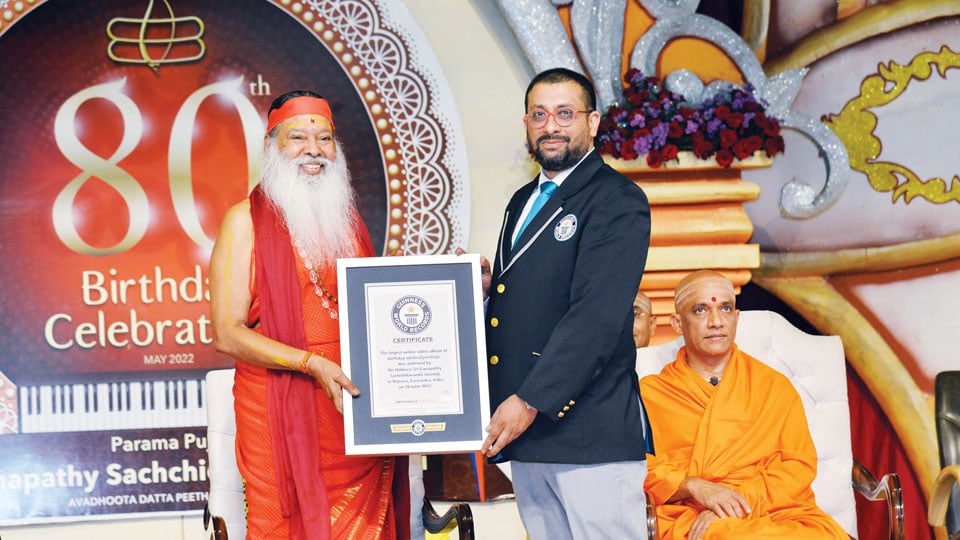 All over the world, devotees wished for the seer in their own language, in total 18 and made video clips. The overall video album created a world record. Files poured in as soon as devotees knew they could send in videos wishing Sri Swamiji.

Linguistic experts then manually reviewed each video to detect the language and identify the word “birthday” in the respective language. The final video, a lengthy concatenation of all these videos, has been nominated for a Guinness World Record as the largest online birthday wish video album.

On Friday, Guinness World Records representative Rushinath handed over the certificate – “The biggest birthday wishes/greetings online video album was made by Ganapathy Sachchidananda Swamiji in Mysuru, Karnataka, India on June 10, 2022″ – to Sri Swamiji at Nada Mantapa in the Ashram.

Critérium Dauphiné 2022: Live stream updates and how to watch stage 7 between Saint-Chaffrey and Vaujany | 06/11/2022