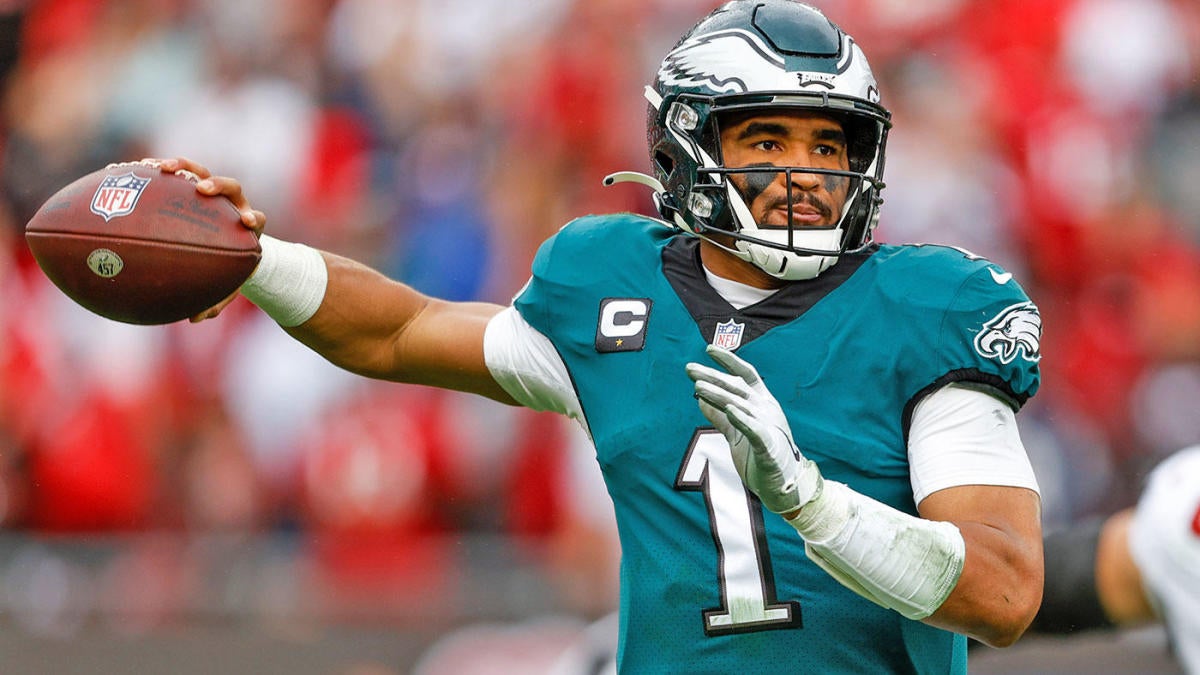 PHILADELPHIA — The Philadelphia Eagles’ new-look offense was impressive in their only series — and that was without DeVonta Smith (with a groin injury). Jalen Hurts went 6-for-6 for 80 yards on the opening possession, capped by a 22-yard touchdown pass to Dallas Goedert as Philadelphia led the New York Jets 14-3 at halftime.

Hurts hit Quez Watkins on his first pass for a first down and never looked back, not even targeting AJ Brown (making his Eagles debut) during his brief stint. The Eagles’ starting defense even looked good in their only series, as Kyzir White took out Zach Wilson for a 27-yard return that led to a Jason Huntley touchdown after the starters were eliminated.

Wilson left the game with a knee injury and his return was questionable. Since this is a preseason affair, the Jets don’t want to risk hurting their franchise quarterback any further.

Nakobe Dean leads the Eagles with five tackles, as the rookie linebacker has been impressive on his debut. Dean made four tackles on his first possession, entering the game with the second team defense.

The second half will feature plenty of players from both the second and third teams, but stay pinned to the live blog here for all the updates and pre-season stories you’ve been following at camp!