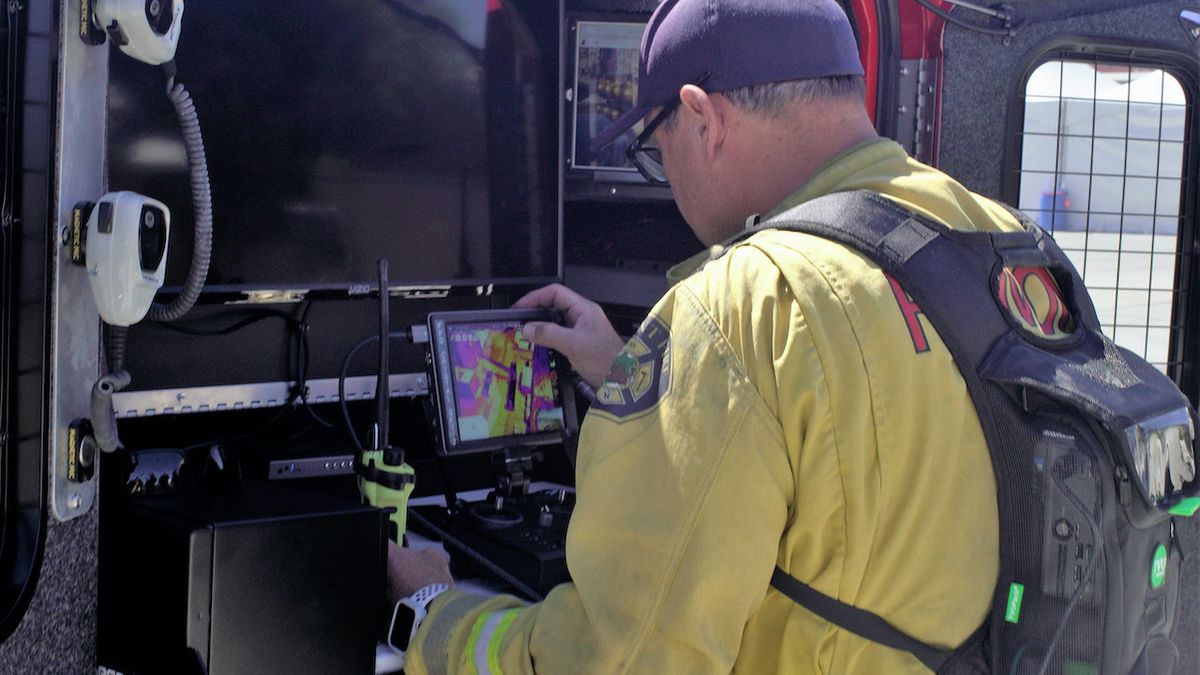 The Fremont Fire Department in Fremont, Calif., Uses the TVU One mobile transmitter and TVU Overwatch browser-based viewer with its UAV program to provide enhanced situational awareness for search and rescue, emergencies and tactical operations. With broadcast-quality video and near-low latency, staff are able to make better decisions in the field.

[The Technology Manager’s Guide to Streaming]

“Our situational awareness has increased dramatically,” said Jeff Kleven, battalion commander, Fremont Fire Department. â€œTVU allows us to get that video image where we want it to go. It doesn’t matter where the person is; now they can view live video with almost no latency.

Fremont tried several hardware and software solutions, but latency issues made them ineffective. The TVU One solution enables firefighters to support the Fremont Police Department, which can make tactical decisions based on live video. Kleven said video delay can literally be the difference between life and death.

“If I have to wait 8 or 12 seconds for this video to be broadcast, this situation has already passed,” he added. “Having little to no latency is as important as having the video stream itself.”

The service has been using drones since 2014. Initially, drones were used to aid in training, but they are now used during structure fires to read smoke, monitor pipe placement, and track firefighters on site. Drones have also been used for search and rescue, HAZMAT incidents and other calls.

In the past, commanders conducted incidents based primarily on radio traffic. â€œMost of the time, we can’t park close enough to where we can see the scene itself because we have to allow the engines and the trucks to come close,â€ Kleven said. â€œWe started using drones to get a visual of what’s really going on. “

When firefighters arrive on an incident, the drone controller is connected to the TVU One via HDMI. A TVU transceiver in their command center allows video to be displayed in their truck on-site and shared throughout the department. Kleven joked that the system is “fire-proof” because it’s so easy to deploy.

â€œI work with many other departments across the country that have drones,â€ he said. â€œIt’s a solution that can work for everyone, it’s affordable and reliable. “

Previous systems did not allow Fremont firefighters to share video beyond the pilot’s control device. In critical situations, video must be captured live, not only for the command center, but also for first responders in the field. With TVU Overwatch, those first responders in the field can instantly access secure live video from any web browser with low latency and without the need for a separate app. â€œThe video quality that comes out is as good as anything you’ll see on TV,â€ Kleven added.

â€œThe UAV pilot should focus on the flight, not on the tactical analysis of the incoming video,â€ said Fred Poole, TVU director of government contracts. â€œThey also don’t need to be distracted by people looking over their shoulders and trying to see the flow. We provide public safety agencies with professional broadcast technology that enables them to acquire and then distribute this video, so that the right personnel can make effective decisions based on actionable intelligence. “

On site, live video can be shown on a television in the back of a truck when firefighters support police operations. When incidents become more important, surveillance moves to the mobile command center, where live video from the drone can be reviewed by the entire team on a large screen. “We can integrate the video stream and the information it gives us to help us make those decisions, so that we keep our employees safe and we can mitigate the incident faster, easier and more securely.” , Kleven said.

TVU One is a sixth generation mobile transmitter that can transmit live video from any location by aggregating all available data connections including cellular, Wi-Fi, Ethernet and satellite connections with lower latency than the second. It features the HEVC video compression standard and TVU’s Inverse StatMux Plus (IS +) transmission algorithm to deliver reliable video with less overhead. TVU One also supports cellular 5G. With TVU Overwatch, first responders can safely monitor live streams remotely. Live video can be delivered to specified users with less than one second latency, giving organizations real-time situational awareness.