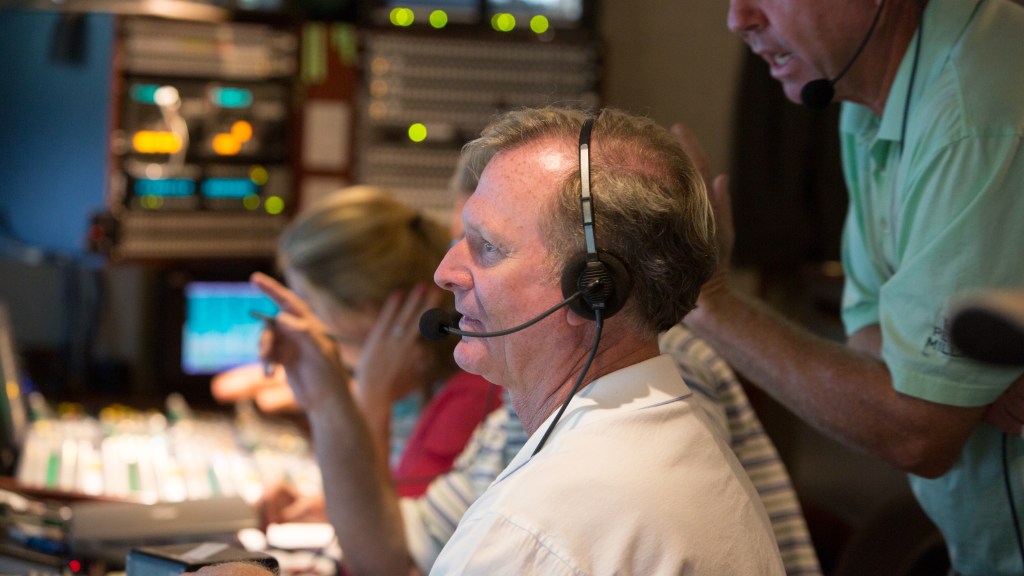 When it comes to watching professional golf tournaments on TV, everyone is critical.

This is worth double for the majors. On a crazy Saturday with a bunch ranking, Tommy Roy, NBC’s chief golf producer, faced the difficult task of showing the drama unfold. Where was local guy Keegan Bradley? Why was the last group, with Collin Morikawa sputtering, ghosted? How many “Playing Through” ads might we see?

The complaints on social media were plentiful, and we’ll get to that, but first some applause needs to be dished out. Watching the early morning broadcast around six hours before the final group kicked off offered great insight as analyst Arron Oberholser explained the risk-reward challenge of the tee shot at 18 with help from Justin Leonard in the stand. About 10 hours later, defending champion Jon Rahm entered the left fairway bunker that Oberholser had warned viewers against and hit the lip with his second shot, eventually double bogeying and squandering his lead. If you watched this segment, you were prepared for Rahm’s 18th hole disaster.

Another highlight was a segment with former caddy-turned-analyst John Wood, who took viewers inside the footage book and explained the ins and outs of how a caddy prepares in order to helping his player that the casual viewer probably didn’t know. No Laying Up also pointed this out on social media.

Wood also proves to be a good foot soldier and helped viewers understand how, on a windy day, the course turned into a fast, firm test that led to skyrocketing scores in the afternoon.

“I’m 220 yards from that green and I could hear that ball bouncing like I was beside it,” he said. “These are firming up.”

Another strong point: 4D replays. It’s sponsored content, but these visuals are a significant improvement over the days of CBS’s Peter Kostis and Minolta Biz Hub Swing Vision, although I’d take Kostis smashing the swings on NBC’s Paul Azinger n any day. It’s like swing nerds can really learn something by watching the best players in the world through this technology.

Alright, I promised a roundup of some of the show’s most scathing reviews on social media and the reactions were fast and furious in real time. Golf News Net’s Ryan Ballengee summed up the fan divide and viewing experience in a nutshell in his tweet.

I’m going off on a limb here, but I’m pretty sure the “market research” deepfriedegg refers to below doesn’t exist.

There have been several complaints that various players have occasionally participated in the witness protection program during the telecast and have not been seen for extended periods of time, including this tweet from Josh Babbitt, wondering what happened to Bradley .

This tweet from DJ Piehowski of No Laying Up made me laugh. NBC likes to brag about how it shows every player on the court because if they’ve earned a spot on the court, they deserve to be shown. Piehowski took a playful jab at too many commercials (in his defense, NBC is shelling out a lot of money in rights fees and they have to pay the bills) and I can confirm that Mike Tirico didn’t actually say that…but, oh , if he did!

No Laying Up could be accused of hoarding its multiple tweets, but that doesn’t mean the takes are fake.

Last but not least, Geoff Shackelford couldn’t help but point out that commercials didn’t slow down when TV broadcasting peaked.

The good news is that Golf Twitter can breathe a sigh of relief: Sunday’s latest broadcast time is presented ad-free thanks to the good folks at Rolex. There is still one round to go and with a tight and star-studded standings, we are bound to have some drama on Sunday. And maybe free golf: every championship held at the Country Club has been settled in the playoffs. Enjoy the final round starting at 9 a.m. ET on Peacock, moving to USA Network at 10 a.m. and finally to NBC at 12 p.m. ET. Let’s have a day.