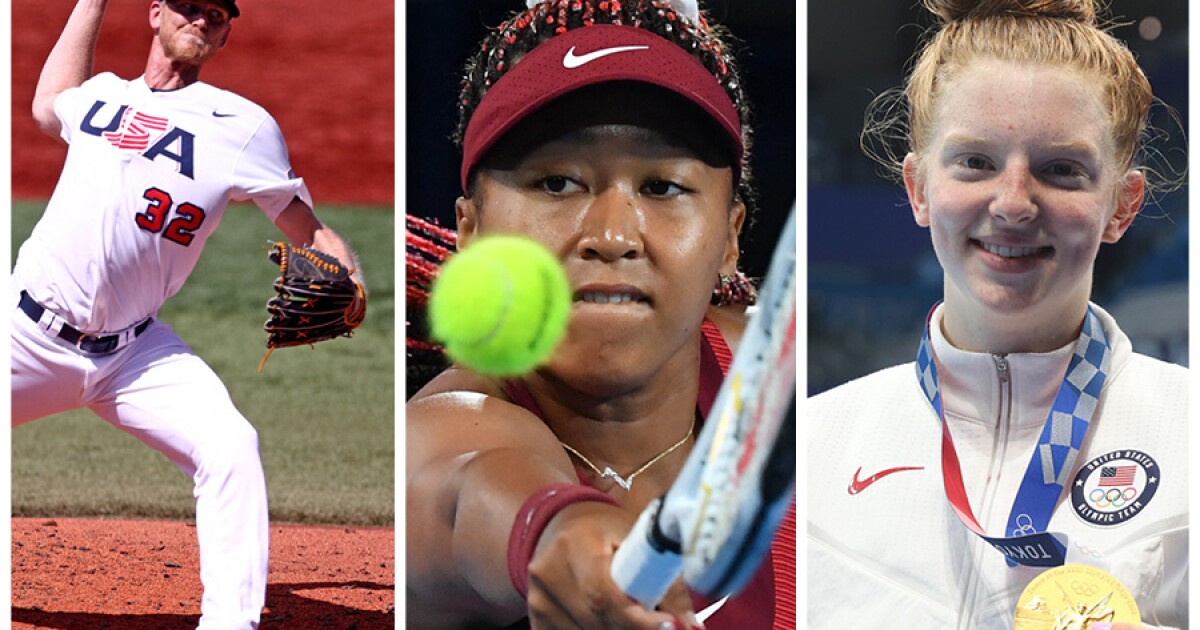 As we discussed here at The Times throughout the Tokyo Olympics, NBC, which broadcasts the Summer and Winter Games in the United States, faced many challenges beyond its control when it came to acted to turn the biannual event into a captivating viewing, especially this year. And at least some elements of Olympic TV shows that we’re nostalgic for, whether measured in terms of audience or “buzz”, are unlikely to ever come back.

But that doesn’t mean there isn’t room for improvement, even under the constraints of the digital age. While there have been readers of our Olympic TV coverage who reached out to say we were being too harsh on NBC, many others echoed our frustrations – and listed theirs. So, with NBC blocked from televising the Olympics (at least) until 2032, The Times asked four staff members who watched the Tokyo Games on TV to answer a simple question: How would you fix them? Olympic Games ?

Here are their responses.

Greg Braxton, Editor-in-Chief: I’m an Olympics fan, and memories of years gone by came to mind as I sat down to watch this year’s games – the thrill of watching Carl Lewis and Edwin Moses, the incredible collision between runner Mary Decker and Barefoot Zola Budd, the thrilling triumph of Caitlyn Jenner. And don’t forget Lionel Richie performing an “All Night Long” elaborated during the closing ceremony of the Los Angeles Games in 1984.

I don’t expect to have the same warmth on me when I look back on the Games this summer. Certainly, the drama of Simone Biles was unforgettable and enlightening. But I also know that I have probably watched more young people skateboarding than ever before, which begs the question: why did I watch this, and why was it an Olympic event that had such exposure in the block. NBC’s prime-time programming?

It is fair to say that it is not appropriate to use this year’s Games as the standard for what is good and what is bad at the Olympics. blanket when a lot of things went wrong or got out of hand – the COVID-19 pandemic, sporting disappointments and lapses, horrible weather, lack of energy from live fans, and more.

But there is a lot of room for improvement. This year’s cover was used as a tool to promote a relatively new streaming service, Peacock. NBC showcased skateboarding and golf while putting aside live coverage of the game where Naomi Osaka, arguably the world’s greatest female athlete, was ousted from her home Games. Spanning so many channels, viewers were constantly confused as they battled through a maze over when and where to watch.

The other major area for improvement? Olympic coverage cannot act as if the Games are taking place in a bubble. A cloud of racism accompanied the tragedies of Biles and Osaka, but this fact was hardly addressed on the broadcasts. There were plenty of opportunities to develop stories on the topics raised by the many controversies surrounding the event, from marijuana use to the rules governing clothing. . And at a time when anti-Asian prejudice has reached an unsettling level in the country, much could have been made of how gymnast Suni Lee’s triumphs could bring much-needed joy to counter hatred. The Olympics are an international event with real-world connections and ramifications, and NBC should do more to highlight this truth.

The inspiring athletes and heartwarming moments are always there. In some ways, there are even more opportunities for these types of stories after the year we’ve all had. But it’s just too hard to find anything in the tangled mess of NBC’s broadcast and streaming coverage.

NBC’s social media team could easily help by starting each morning with an article that includes a calendar of the day’s events, how to watch them, and their times (in US time zones). Tweet a new one every morning, pin it to the top of the @NBCOlympics Twitter feed, and repeat the next day.

During the early days of the Games, I eagerly listened to the prime-time show every night, but became frustrated when I saw that the main blocks of time were being delayed. Then I would scroll through the channel guide to find other sports. Then these competitions were also reruns. By then, I was out.

It really doesn’t have to be difficult: broadcast events live on TV. Don’t run away from the US men’s basketball team to the Peacock app at 9:40 p.m. PDT behind a pay wall when there are four to five channels showing Olympic coverage at the same time, some of which broadcast reruns. When the United States baseball team participates in the Olympics for the first time since 2008 and faces an elimination game, it should be on television. There shouldn’t be a replay of a 24 hour old basketball game on my screen instead.

For popular sports like gymnastics that have been played at odd-numbered hours in the United States, perhaps a flagship package on the prime-time show is sufficient as long as there are readily available reruns under them. complete form on request. At this point, the suspense of who won was gone as we all got the push notifications and the last minute alerts. It’s about showing the best moments and performances.

Eric Sondheimer, columnist: Watching the Olympics on TV is like trying to figure out what to eat at a Las Vegas buffet. There are so many to choose from if you invest the time by clicking on one of the many NBC platforms that are broadcasting events. My goal has been to watch NBC 4 Los Angeles or USA Network in the early evening during the live broadcasts, and even then it has been confusing at times trying to figure out exactly which sports will be broadcast on any given night.

The best part of the shows was seeing parents, friends and family clapping from distant locations. No one will forget the scene of Alaskan high school students cheering for swimmer Lydia Jacoby’s gold medal. It was a real tragedy to see his hometown react in real time.

NBC struggled to find a unique summer sport to grab the attention of fans, like curling does for the Winter Games, although there were some highlights from archery, canoeing and surfing. And as a born and raised Southern Californian, it was fun to see skateboarding catch the eye.

Americans love athletics every four years, but let me politely say that NBC commentators other than their No.1 commentator Ato Boldon have shown surprisingly limited knowledge of the sport. It’s like they’re hiring former athletes who might know about their individual event but nothing about other events.

Of most concern is the inability to adapt when the news arrives. On Monday evening, one of the biggest Olympic races in the history of the 400 hurdles took place: Norwegian Karsten Warholm, who set a world record, roared when he appeared on the track during the presentations and literally shredded his jersey like a WWE wrestler at the end of the race. What a character he must be! It’s a shame we don’t know more about him. And unlike swimming, where contestants were immediately interviewed after winning gold, I waited and waited for one of the contestants to come with Warholm. Finally, I turned the channel.

It is not NBC’s fault that the predictions of who would win or advance in the gold medal competition did not come true, or that some finals are being played at 3 a.m. PT, because the competition takes place in Japan. But it’s NBC’s responsibility to make listening easy and fun – and as such, it’s been hit and miss from my perspective.

Tracy Brown, Editor-in-Chief: While I have mixed feelings about some aspects of the Olympics, I still have a soft spot for them and I wish NBC didn’t make the viewing experience so maddening. It’s as if they think that being vague about the details of what time each sport will air during the prime-time block will force people to stick with the schedule until the event they are waiting for is finally broadcast.

The public is not like that anymore. We’re used to entertainment that we can access on demand. So I’m more likely to stick to a schedule if I know exactly what I’m counting down to. Staying vague means frustration and opting out – as in, giving up and looking at something else.

I’ve mentioned this before, but often I would turn to NBCOlympics.com to watch live events or full reruns of events that I was interested in because it was much easier to find them there. No switching between channel guides required.

My suggestion to NBC would be to really recalibrate their main prime-time show’s approach to make it the one thing you need to see if you want to be on top of anything Olympics-related. Maybe that means showing big events live if the timing works. But it can also mean taking advantage of a jet lag to create a complete spectacle that doesn’t depend on bringing into play a non-existent mystery around the results. Shoot multi-camera footage to create compelling highlight packs with the best angles. Use the deadline to create a solid script that can provide context on the importance of what happened and that can be difficult to include during live coverage. Find this heartfelt story to bring to light among the athletes who competed that day.

Making the old news compelling is pretty impossible. So the best way forward is to use the news to make the show the most compelling you can do.